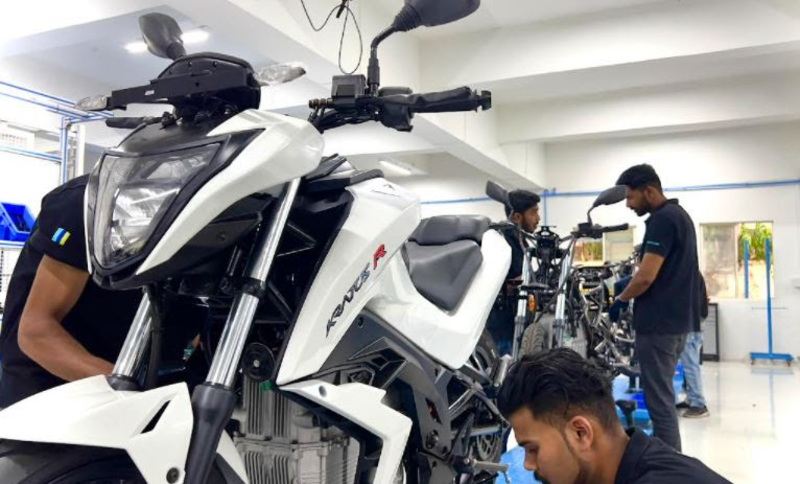 Taking to their social media, Tork shared a small video which covers the highlights of the delivery event that happened at the company’s headquarters in Pune. At the event, the first 20 customers were handed their long-awaited Kratos & Kratos R electric motorcycles.

Initially, Tork announced that they will start the deliveries of their electric bikes from April of 2022, and will be facilitating the customers of their hometown, Pune. However, the prevalent supply chain & logistics issues plaguing the industry also forced the company to push their delivery timeline by nearly 3 months.

Earlier, Tork announced that they will begin the delivery process in a phased manner –  In Phase 1, the deliveries and the test rides were to begin in their home city of Pune along with establishing a full-fledged service setup and their first showroom. Toork did start the test rides in on-schedule in April, but there is no information on their plan to activate charging stations at every 5 km.

In Phase 2 of their shared plan, they aim to begin deliveries and test rides in Delhi, Hyderabad, Bangalore, Chennai and Ahmedabad beginning in the second half of 2022, which has now started. Finally, in Phase 3, they aim to reach other cities, starting in 2023.

Listed below are the prices of Kratos and Kratos R in the first six Phase-I cities:

A lot has changed since the 2016 unveiling of this bike apart from the concept name of T6X. The Kratos & Kratos R comes with a steel trellis frame and it gets power from a completely new motor that produces 12 HP and 38 Nm of peak torque.

It is equipped with a 4 kWh Lithium-Ion battery that, the company claims, offers a range of 180 km under standard conditions. Tork elaborate that the motorcycle is good for 120 km on one single charge in real-world riding.

Furthermore, The Kratos R can do a 0-40 kph sprint in 3.5 seconds and has a claimed top speed of 105 km/h. The same timings for the standard Kratos are 4 seconds and 100 km/h respectively.