TI Cycles, a unit of Tube Investments of India Ltd. is a bicycle manufacturer based in India. The company was established in the year 1949 by the reputed Murugappa Group and Sir Ivan Stedeford of Tube Investments Group in UK, TI Cycles is the maker of brands like Hercules, BSA and Philips brand of cycles. 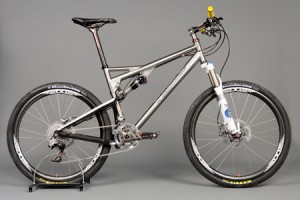 It has manufacturing plants located at Ambattur near Chennai, Nasik in Maharastra and Noida in the state of Uttar Pradesh. Presently, TI Cycles is the largest cycle manufacturer in India and retains Numero Uno when it comes to manufacturing of special segments like Mountain bikes, Sports Lite Roadsters, Racing bikes etc. It has manufacturing capacity of around three million bicycles per year.

Off late TI Cycles has begun to sponsor a variety of cycling events, one of them being the 900+ km Tour of Nilgiris, through its brand BSA.

TI Cycles has decided to set up a manufacturing facility in order to produce aluminium frame bicycles, as it is looking forward to ramp up its performance product range.

According to Business Line, ‘the company primarily makes carbon steel bicycles, which are starter bikes representing the lowest end of their value chain. Aluminium bikes, which are lighter and used by amateur bikers, are in the mid-range in terms of price and performance.’

Last year was pretty important for TI Cycles as it entered the high-end market with the launch of their product ‘Montra’, a range of lightweight carbon frame and alloy high – performance bicycles to quench the thirst of the desired.

The new facility which will be dealing with the aluminium frames making as mentioned above will come up at TI Cycles’ existing plant in Ambattur, Chennai with an initial investment of INR 6 crores. The expected time for the facility to operate in a full – fledged manner would be around nine months and will concentrate on export markets where there is a huge potential for such products.

“We have identified technologists who will work with us to set up the facility. We will start making aluminium bicycles for the local market. Once we showcase our capability, we will get export opportunities,” said Mr L. Ramkumar, Managing Director, Tube Investments.

“A large number of cycles are sold in supermarkets in Europe and America at price points as low as $40-50 — we cannot make money in this space, which is dominated by the Chinese.”

“We were in this market many years back and got out. The next level involves independent bike dealers who are extremely knowledgeable. If we can put a bicycle in these shops, we will get a better price.”

Mr Ramkumar also added that a few international players have expressed interest to buy the bicycles under a private label, if they meet the expectations that they have in mind.

The price band with which these aluminium bikes would be launched is INR 7k to around 25k. It is to be mentioned that TI Cycles is also looking to acquire niche companies making alloy and carbon bicycles. It is looking at opportunities in the regions of  Western Europe and America to boost its entire range of offerings.

“We are looking at acquisition opportunities in aluminium, titanium and carbon. They could be even small companies in the developed world but they have to add value in terms of the technology we aspire to have… We have seen a couple of them,” said Mr L. Ramkumar, Managing Director, Tube Investments.