Hi, I am Pradeep from Chennai. A true bike lover. I am person who, instead of riding a bike to reach a place, I ll go to a place just because I want to ride a bike. From a very young age I loved bullet (before even knowing it is a bullet) because of the tatataaa music from the bike. 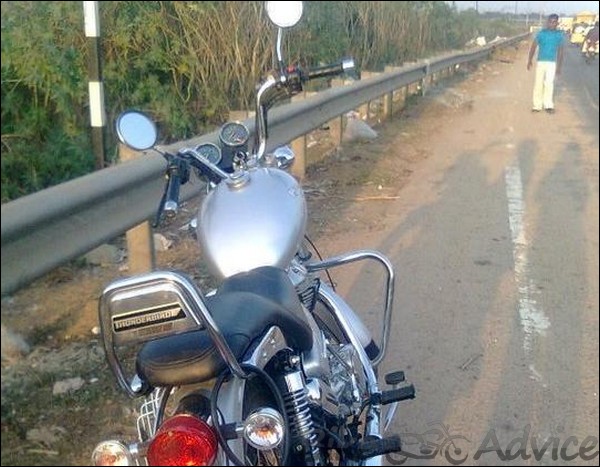 When I was studying 5th std my P.T. master bought the Royal Enfield Thunderbird (old model with dual color combo). I learned bike riding from my dad’s splendor. When I was doing my 2nd yr my parents planned to buy me a new bike. Being a boy from a middle class family, my parent’s initial budget was only 70k-75k. But, after a three month struggle my parents finally booked a Royal Enfield bike.

No body could give a false comment about the design or any classification of the Thunderbird Twinspark. It is one of the bikes which stand out of the crowd in terms of design. From the design itself one could say it is a cruise bike. Now there are only two cruisers in India, The Bajaj Avenger which is cheaper in terms of quality and price and tbts a class above all. The design has been the same from the beginning.

The engine is one among the things which attracted me the most. The bike roars when the he is started and the roars gets louder as soon as I rev it a bit more harder. The bike gets the UCE ( Unit Construction Engine) the first bike in India to get that. The bike produces a 19.8 bhp power and 346cc, which is well proved on the highways, hardly any vibrations oly that tataaa sound oly (if u ride ur bike below 100kph). 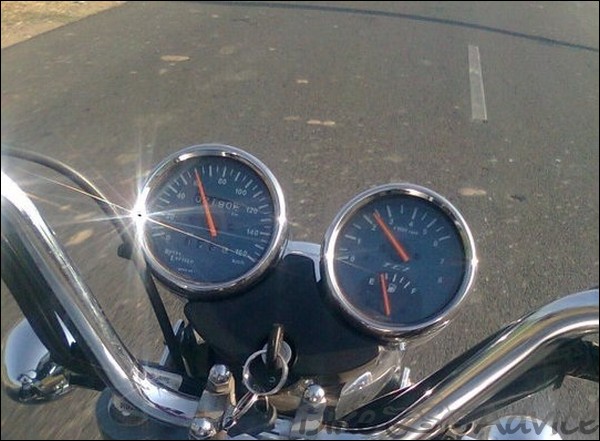 The city ride is no exception but feels a bit heavy while maneuvering in traffic. Contrary to the belief, this RE does pretty well in terms of straight line acceleration. It does a 70 Kmph in no time. The RE engineers reduced my bike’s topspeed to 100kph for mileage but the bike can notch a 120kph in the speedo.

The Riding And Comfort

All Royal Enfield motorcycle is known for their comfort ride, the thunderbird is no exception. Even the pillion is comforted by a backrest to sit comfortably, the rider gets a ‘U’ shaped seat to sit without any tension. My bum din cry for attention even after 4hrs continuous drive. The bike is very smooth on high speeds and it really feels like you really are cruising. Over all, the bike is surely an exception in comfort and riding when compared to other Japanese motorbikes.

There are many rumors that all high powered motorbikes does not return a good mileage. But, it is proved to be complete rumor in all enfield bikes. The thunderbird gives 40kmpl in the city and a stunning 45+ on the highways. Braking is simply awesome in thunderbird. The front 280mm disks and the large drum brake at the rear produces superior braking even at top speeds.

I bought the bike before 6mts. The bike has been the best companion for me till now. It has not failed to satisfy me whenever I ride him. He maintains a good relationship with me. Whoever wanna buy a Yamaha R15 or any bike at that rate pls pls test drive the tbts. You will not a second option in your mind. Buy it! Enjoy It! Ride safe. Happy touring guys.