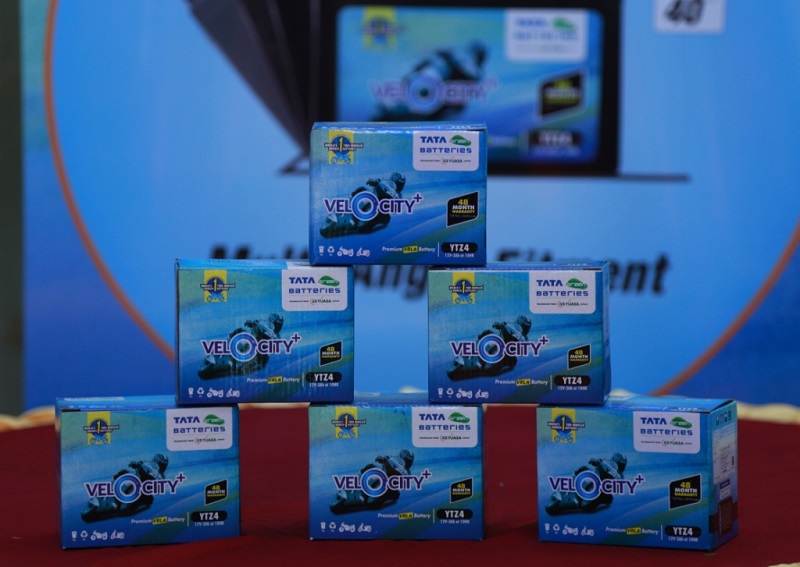 After a successful stint with four-wheeler batteries, Tata Green, which is a 50:50 joint venture between Tata AutoComp of India and GS Yuasa of Japan, has launched VRLA (which stands for Valve Regulated Lead-Acid) batteries for two wheelers.

These new batteries will be sold under the brand name – ‘Tata Green Batteries – Velocity Plus’ and are being made available in 3AH, 3.5AH and 5AH capacities which encompasses majority of motorcycles and scooters.

The company promises that these VRLA batteries (which are better than conventional batteries) will offer instant ignition start in all weather conditions and will offer higher performance along with being long lasting.

“Recently the industry has seen a shift from conventional to VRLA range of batteries in the two wheeler segment. The Velocity Plus VRLA batteries from Tata Green Batteries are technologically superior, longer lasting, safe and designed keeping the Indian consumer’s demands in mind.”

The official press release doesn’t mention the prices but we believe they will be competitive.