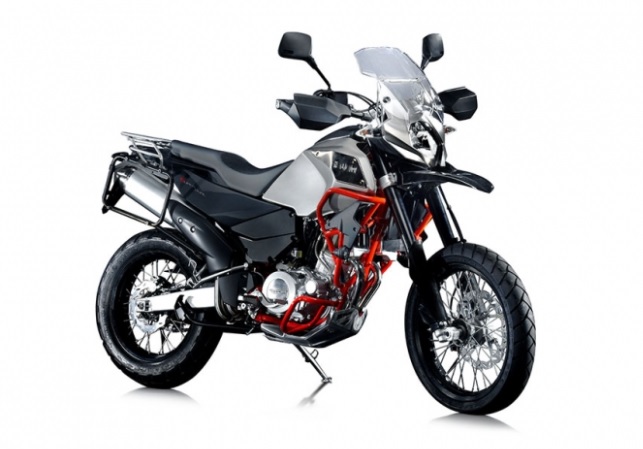 At a lakh and a half less Superdual price would have made some sense but at the current pricing this single cylinder will be a hard-to-sell motorcycle for Kinetic.

In a model blitzkrieg, Kinetic has also debuted another brand SWM in India yesterday. As we have already told you earlier, SWM is another Italian brand which came into existence in 1971. It was resurrected back in 2014 under an old Husqvarna-head and with new motorcycles ranging from 300 to 650cc.

At an event, Kinetic launched the SWM Superdual in India. Superdual T is offered in two variants. It gets power from a 600 cc, liquid cooled, 4 valve engine which is a large single cylinder. It produces 54 bhp of peak power at 7500 rpm and 55 Nm of maximum torque at 6250 rpm and is mated with a 6-speed gearbox. 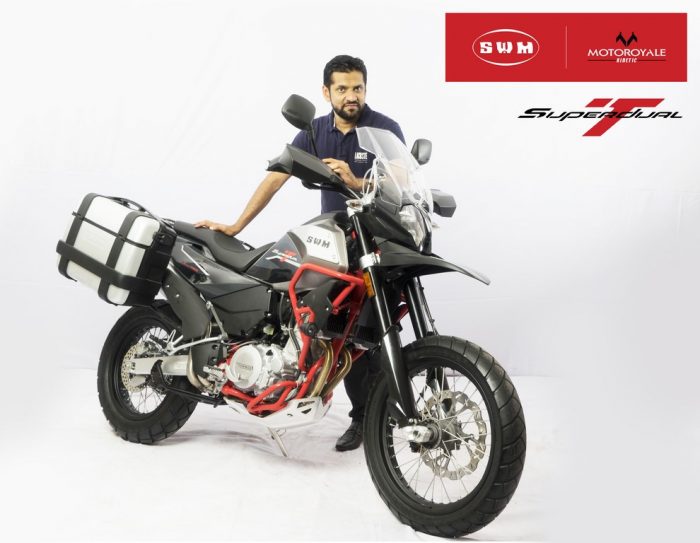 On the braking front, it is equipped with a single 300 mm floating disc at the front and a 220 mm steel disc at the rear. Both are Brembo branded and a dual channel ABS is standard on the motorcycle.

Complementing long distance adventure touring capabilities is an 18 liter fuel tank and a high 180 mm ground clearance. The motorcycle weighs 169 kg kerb. Like a lot of other ADVs, SWM has followed the 19-17 tyre sizes – front is 100/80 whereas rear gets 140/80 rubber. 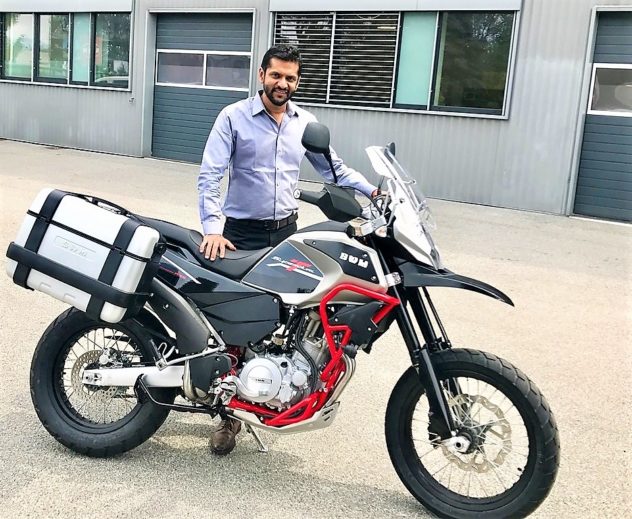 Pricing is definitely on the higher side as you can get much more accomplished twin cylinder adventure motorcycles like Kawasaki Versys 650 (6.50 Lakh) and Suzuki V-Strom XT (Rs 7.46 Lakh) at around these prices. It will be interesting to see how does Kinetic promote it at that kind of pricing to rake in some volumes from this relatively unknown brand.