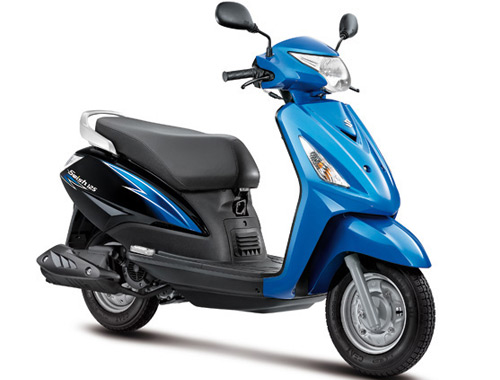 Suzuki is reportedly working on an update for their flagship Swish, their second 125 cc scooter in the Indian market. Till the launch of the Gixxer, their automatic scooters were the mainstay of their sales. Yes they did have a few entry level motorcycle but they were minuscule sellers.

Their 110 cc Lets, although a fantastic scooter, also has not been able to bring in the desired volumes. The Swish, along with its sibling Access have had a certain ‘cc’ advantage over the 110 cc Activas but now with the launch of the 125 cc Activa, the competition has intensified even in the 125 cc segment.

Swish is powered by a 124 cc engine which produces 8.58 bhp of power at 7,000 rpm and 9.8 Nm of torque at 5,500 rpm. Now these figures may not impress you upfront, but on the roads this engine feels to be breathing much easier than its competitors. Hopefully Suzuki will spruce up the output in the update to jazz up the fight. 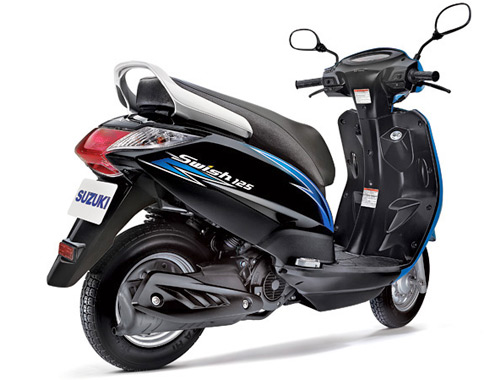 As per a report on Economic Times, Suzuki is going to make the scooter look more aggressive so that it appeals to the youth. They may even plonk in a front disc brake which will be a first for Suzuki in India. Other than that we may also get tubeless tyres (high time we get those!) with alloy wheels and a digital instrumentation console.

Launch, they say is scheduled within this month of January 2015. There has been no word on this yet, but since the Access also shares the same engine and platform, can we expect a minor nip and tuck job for the Access as well?