Suzuki has also decided to do something new and as a result it has come up SlingShot Plus which is the upgrade of the existing model SlingShot. Frankly speaking it is just another ‘not so good’ variant of existing SlingShot. 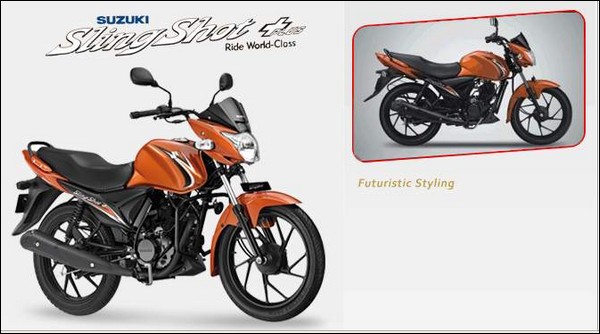 As against the expectations of people, this variant named “Sling Shot Plus” does not have any mechanical changes over the existing model. The only thing that comes in the new variant is the new visor. With this new visor on the bike, consumers are asked to pay Rs.1000 extra over the standard Sling Shot.

Well, the new SlingShot plus has got no changes mechanically and only thing changed is, Suzuki provided it a minor facelift. Suzuki needs to understand one thing that these minor facelifts and paint jobs won’t fetch the purpose. Anyways, Suzuki is the company that can do much better if they craft out their strategies and plans.

As far as the new so called variant “Suzuki SlingShot Plus” is concerned, it is available in three variants viz;

Suzuki SlingShot Plus is available in four new colors viz;