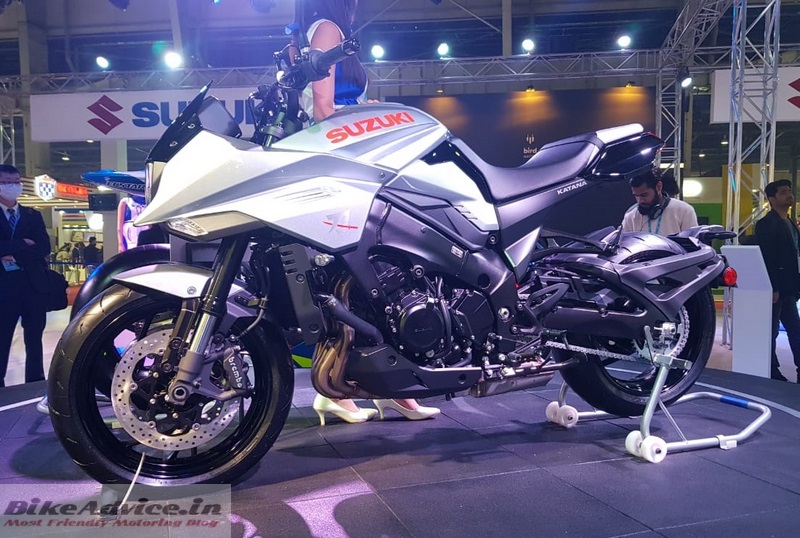 Apart from its domestic two-wheelers, Suzuki is also showcasing its Katana at the Auto Expo. This is for the first time this nameplate has been displayed in India. However, before you build your hopes very high, there is nothing that the brand has revealed about its plans to bring it here.

However, these international product showcases are generally done to gauge public response and if enough people talk about it, companies do consider bringing them here. Similar would be the case with Katana as well.

Suzuki used to sell Katana branded motorcycles back in the 1980s-90s and the new Katana is a resurrection of the old brand name. It debuted back in 2018 at various international auto shows and immediately became the talk of the town.

Katana is powered by the same 999cc inline four cylinder engine of the GSX-S1000F and churns 147 bhp of peak power at 10,000 rpm and 105 Nm of max torque at 9500 rpm. This sports tourer gets a slightly retro looking square head lamp and a semi fairing to do the job.

If there is good response, Suzuki may contemplate bringing it here but we hope if it gets to our shores, it better be in CKD (Completely Knocked Down units) format to make for a competitive option.