The world of automobiles is certainly seeing a new dawn with major brands battling in to launching new products. A few days earlier we have seen the launch of Honda’s CBR 250R and now Suzuki unveiled their newest baby named the GW 250 in an recent CIMA Auto show in China. This latest beast from Suzuki is passionately called as the “Baby B-King”. Below you can find the video of GW 250. 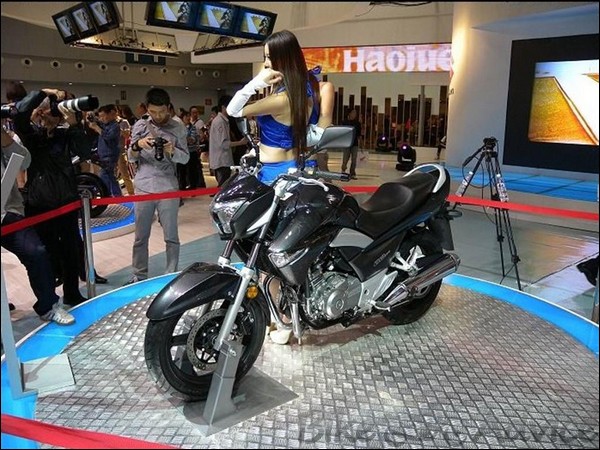 Of late the 250cc segment has turned in to a benchmark and every other bike manufacturer, slowly but steadily, is turning towards the segment. This latest mean machine unwrapped by Suzuki in China is expected to go on sale in Brazil and Europe by 2011/2012.

Suzuki even knows that the Indian 250cc segment is heated up and thus India may soon expect to see the rise of the baby b-king king on its soil.

Speaking of power, Suzuki has left no stone unturned in making this new beast as a perfect alternative to CBR 250R and Ninja 250. In more precise terms, GW 250 can produce a maximum torque of 23.73 Nm @ 7000 rpm and a maximum power of 25.7 Bhp @ 8500 rpm. The sporty and muscular looks of the bike is worth appreciating. The digital instrument cluster and dual exhaust compliments the muscular look of the bike. Overall the Baby B- King is a package of power and style and it may soon unfold its wings in India.

The Suzuki GW 250 has a upright seating position and it is far more good than compared to CBR and other 250cc bikes. However, CBR 250R gives out more power than compared to GW 250 by almost 0.5Bhp. Not every specification about the bike is known as yet and thus it will be hard to do a comparison as to which 250cc bike is better. All we have to do is just wait and see if this bike could come to India till next year. Let us see if Suzuki can capture the 250cc market or not.