Confused which bike to choose between the extra refined Honda Unicorn and the extra loaded Suzuki GS150R? Here, we try to help you find the perfect partner in your goods and bads.

Honda Unicorn: Unicorn was the first bike launched by Honda under their fully owned arm, HMSI (Honda Motorcycles and Scooters India). Prior to that, they had already established themselves in the scooter segment with 102cc Activas and Dios. Since then, Unicorn has been regarded as one of the most refined bikes in the country along with great mileage and adequate performance. 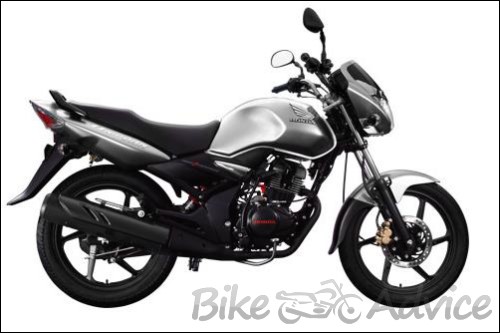 The bike has a 12 Volts 7 Ah battery for a smooth self start and a bright headlamp of 35 Watts. Kerb weight of the bike is a heavy 146 Kilograms which hampers the performance somewhat. The dimensions of the bike 2095 mm * 750 mm * 1100 mm (Length * Width * Height) and the wheelbase is 1340 mm which adds to the stability of the bike at high speeds. Fuel Tank capacity is 13 Litres which makes sure you have abundant petrol even at the longest of distances in your tank.

The bike has a Diamond frame which adds to the rigidity of the bike. The front suspensions are a tad softer telescopic shock ups with the rear being a Mono suspension which makes cornering on this bike as easy as it can get. The front tyres are 2.75 * 18 and the rear ones are 100/90 * 18 MRF Nylogrip zappers which makes sure you have enough rubber on the road at all times. The front braking does a good job with a 240 mm disc and the rear is a 130 mm drum set up. The bike comes loaded with a tuff up rear tube which reduces the risk of sudden punctures. It has a 5 speed gearbox which is regarded as one of the most slick gearboxes in India and the clutch feel is like hot knife on butter.

Talking about the practical aspects of the bike, than Unicorn would probably be one of the most hassle free bikes in India which does everything in almost right amounts. It performs quite adequately, has a class leading mileage in the range of 53 – 58 kmpl on actual road conditions and is a breeze to drive on tough Indian roads. What else does anybody want! Despite some hyped and good launches in the last few years, Unicorn held its place and sold pretty well more as a dependable companion despite it not having any hyped techs or the class lowest power output. But of late age and competition seems to have taken its effect on the bike and we expect a ‘real’ upgrade from Honda in the near future. Along with this, this bike had a few niggling issues of the rear rattling and cold starting problems (which are very common on almost all Honda machines in India).

Suzuki GS150R: Suzuki is the youngest player in India after their split with TVS during the initial part of the decade. Starting with the entry level 125 cc Heat and Zeus, GS150R is the third motorcycle from their stables. While Heat and Zeus did not do any good to their sales but their 125cc scooter Access was received pretty well by India and this 150cc bike seems to be going the right direction with this bike forming the major chunk of the total 12000 units sold by Suzuki last month. Talking about the specifications, this bike is loaded with a 149.5cc Air-cooled 4 stroke SOHC engine. GS150R has a better city drive majorly attributed to the mammoth torque of 13.4 Nm it produces which comes at 6000 rpm which goes along with a better power output of 13.8 bhp which is produced at 8500 rpm which makes this bike both faster and quicker despite being 3 kilograms heavier. The heavy weight and the huge torque also make it a better long distance tool. 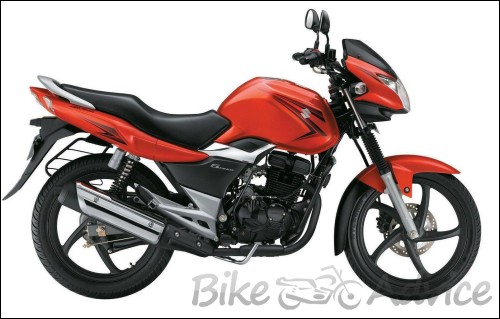 This bike also comes loaded with fat tyres similar to Unicorn along with a better headlamp. Fuel tank looks majestic and can hold 15.5 litres of fuel which goes along with almost similar mileage figures in the range of 55 kmpl which makes it a unicorn killer. The bike has a 6 speed gearbox instead of 5 of unicorn and hence, make it is a much better ride in cities and even on highways as the 6th gear acts as more of an overdrive and helps in engine running under lesser stress with lesser fuel consumption. This bike also comes loaded with one of the best looking orange colored digital console which even has a gear indicator and a eco mode equipped engine rpm indicator, along with all the regular digital stuff. With Unicorn, the whole console is analogue and has a speedo meter along with a tachometer. The front suspension are telescopic but give a better response than Unicorn, while the rear suspension has a separate oil reservoir which acts as a magic on rough roads.

BikeAdvice Verdict: Unicorn enjoyed a different status till Suzuki launched GS150R in India during the initial 2009. Almost everything including the instrumentation, performance, looks, rideablity, engine adrenalin are better in GS150R with the mileage figures hovering around the same line. We see no reason why, if anybody is confused between these two bikes, doesn’t go for the Suzuki until service and spares of the latter is a problem in his area. Suzuki is around 2000 rupees costlier than Unicorn but the fact that it is significantly better than Unicorn in almost all the practical aspects, makes it a more sensible buy. Unicorn still holds a distinct appeal but it needs a complete overhaul and mere color and sticker upgrades might not do any good to Honda this time.