There are not many reviews of the Suzuki GS150R available to read so it can be difficult to find out more information about this bike, however, here we’ll shed some light on this bike. Before I got the Suzuki GS150R I drove a Hero Honda Passion and a Honda Stunner. 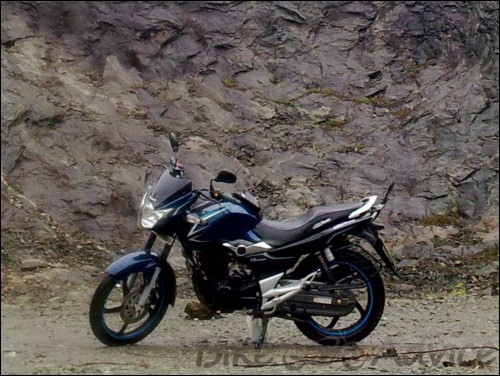 I consider the Hero Honda Passion to be a great motorbike. On mine I changed its exhaust silencer to a Euro 1 model. Despite its great sound, power and higher torque after 5 years of driving the Hero Honda Passion I switched over to a Honda Stunner. One of the reasons why I did this is because I was looking to gradually move up from 100cc to 125cc and from 125cc to 150cc. I know that many people go for 180cc bikes etc. the first time that they buy a bike. 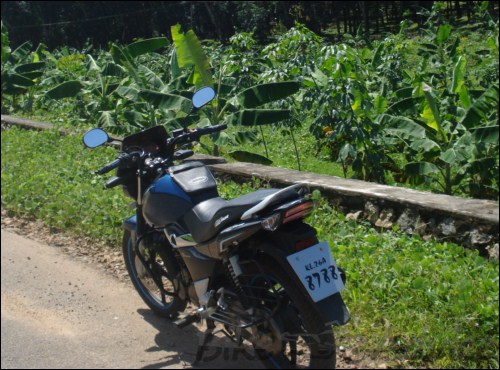 Not me, I’m not out for getting a bike just because of its power, I like to look at all the parts of a bike when I make my choice and therefore I chose the Stunner. In fact, I bought the Honda Stunner on the same day that I got rid of my Hero Honda Passion. However, because of this impulsive buy I started questioning my purchase of the Stunner. 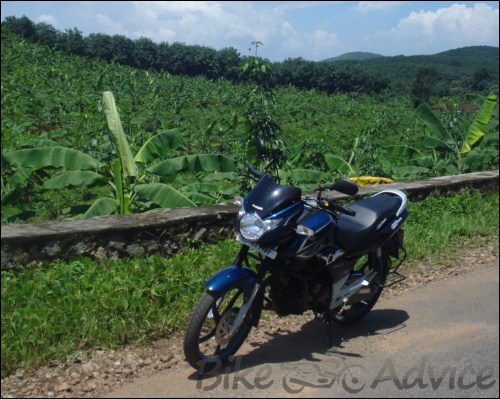 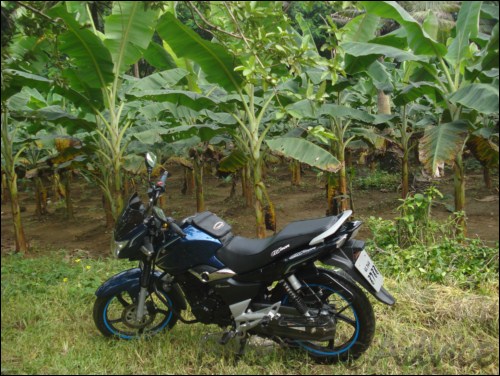 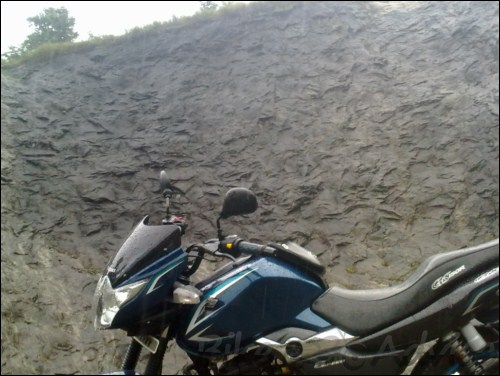 My initial plan was to upgrade to a Honda Unicorn but the waiting period was three months long and I was not willing to wait that long. I wasn’t interested in getting bikes such as the Bajaj Pulsar, Honda Hunk, Hero Honda CBZ because they’re quite boring and they’re everywhere and I wanted to have a bit more unique bike for myself. 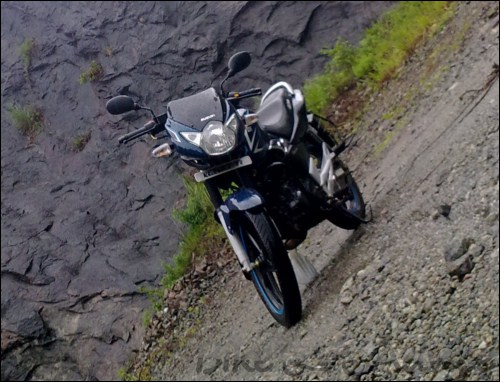 However, I love the new TVS Apache RTR 180 which both looks great and goes fast. Despite this, I hesitated when it came to what bike to buy. A friend offered me an almost new Yamaha FZ16 which had only travelled 1000km. I refused to accept it however because its pillion comfort is low and got poor fuel efficiency (35km/litre.). The only option that was left for me now was the Suzuki GS150r. 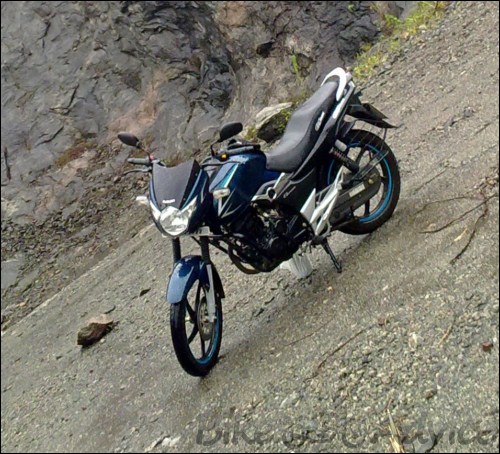 I had made up my mind; I went to a showroom and ordered a brand new one. The model that I ordered had two toned body colours, a new heat shield on its exhaust silencer, new brakes on its rear tire and a few electrical changes had been made since the last model. Now when I drive I feel that it’s definitely a bigger bike than my previous ones, it weighs more and there is no shaking and vibration on its 6th gear. 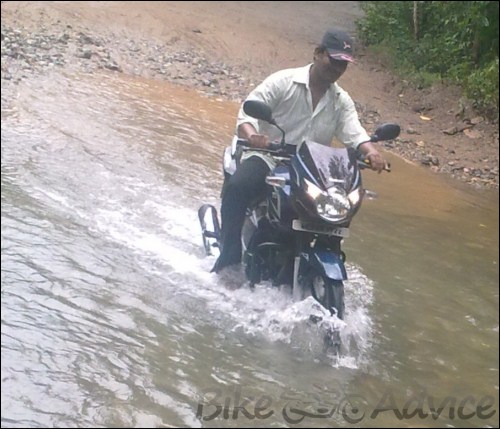 Even on a rocky road you and your pillion rider will be pleased and comfortable. I was extremely happy because this was what I had been looking for. The acceleration on the lower speed is not the best but once you reach 60km/hr it changes, you start to feel rock steady on your bike and it almost feels like your floating. 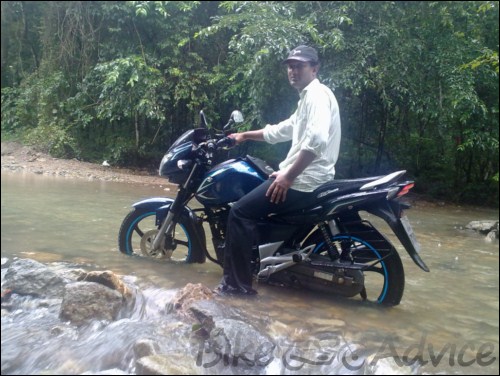 In order to avoid engine glazing this bike should be driven using all its gears. I serviced the bike for the first time when I had driven it for around 500 to 750 km (they did a good job.)The chain had become noisy and a rattling sound had started appearing from the front visors. They fixed these issues and they were also ready to change any other parts or correct any other faults because of the warranty. 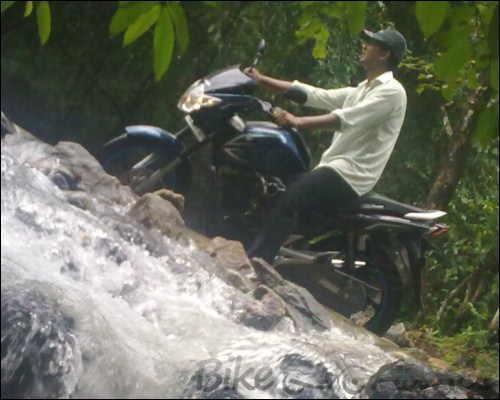 However, at the time when I got it serviced I had already change the oil myself which I did when I passed the 400 km mark. When the oil turns dark brown it loses its viscosity (its thickness.) When I carefully examined the oil I found metal dust in it, which is a sign that the engine is properly run in. When I changed the oil the engine temperature was reduced significantly. 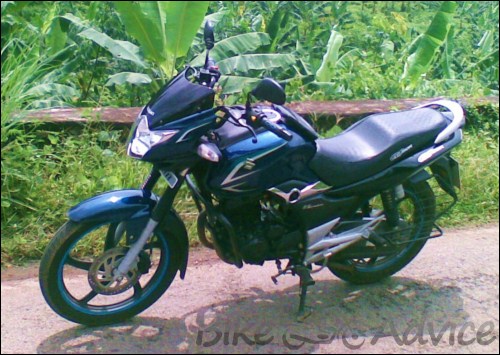 The GS bikes have a different sound from other bikes at a certain speed. Many GS owners make the mistake of thinking that it’s a sign that there is something wrong with the bike such as a faulty crank assembly but it’s actually just the sound from the silencer. The acceleration of the Suzuki GS150r is quite good and that’s great if you live in a city and you’re in a hurry.

When I took my GS150r to its second service the problem with the rattling front visors had come back, there was now also an irritating sound coming from the swing arm, the performance of the brakes was decreasing, the LCD display turned on 10 seconds after turning the key and there was also a sign of leakage.

The fixed all these problems by changing the rubber bushes of the visor, lubricating the swing arm, cleaning the disc brakes and by also changing the capacitor, and they did all that without charging me a single penny!

Some negative things that could be improved:

Other things that I want to point out:

My tips for new buyers:

There’s some maintenance work to be done with this bike and it will require a bit of your attention. If you’re looking for a bike that you can ride in rougher terrains and situations you would probably be better of looking into the Pulsar or Unicorn.