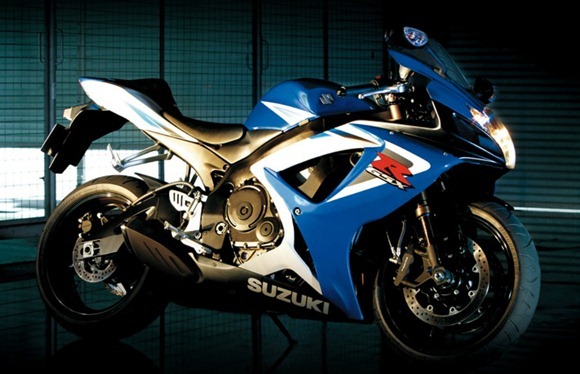 Not always do I get the privilege of writing on bikes that are very close to my heart. Now has come the time. I always loved the Gixxers from Suzuki, irrespective of it being the 600 or 1000. I’ve been fascinated by this bike for a long time and it has still never ceased. The way the bike handles makes it hard to let your hands go off it. Personally, this is one of the best machines that the Suzuki has produced.

Suzuki has managed to sell one million units of its flagship superbike recently and the one millionth unit was recently rolled off its production line. The bike was initially launched in the year 1985 with a 750cc engine. Later, with a lot of upgrades and facelifts, the bike then managed to sport two other engines as its heart. One being the 600cc and the other a litre class (1000cc). With the coming up of 600cc and the 1000cc engines, the bike’s sales and popularity grew multi–fold in order to achieve what it is today.

There were also lower displacement models from the Gixxer family which includes quarter – litre bikes and those falling in the 400cc category as well. These were limited to just a few markets. However, they were phased out at later stages.

Suzuki has decided to celebrate the production of one million Gixxers and hence it has come up with a limited edition of its GSX – R 1000. There are not much of advancements into this bike, for it’s just going to be cosmetic upgrades to differentiate it from the rest of the lot.

The cosmetic upgrades will include a slightly different paintjob that would enhance its customers to boast of Gixxer’s racing heritage over years. A red paint work is added onto the nose of the bike to make it look really distinct. Besides this, the other changes would be the new decals on the wheels. If you can observe the images, you’ll find small strips of colors on the wheels which are usually full white, otherwise. This decal would also match the color that appears on the seat cowl.

A distinct number plate and the new special key will also jump into the list of newly added features. There is always a black Brembo Monoblock calipers with gold lettering, wheel stripes, gold forks, a celebratory tank graphic, a numbered top yoke, red fork tops, and a special key ring.

This limited edition bike will be produced to a total of only 1985 units commemorating the year in which the Gixxers were first started. Outta these 1985 units, 100 of them will makes its way to Australia.

Suzuki has also launched an exclusive website which is www. gsx-r1million.com The best thing I liked in this website is the display of exact time in hours since the birth of the Gixxer way back to 1985.

Check out the slideshow and other details at the above URL. Suzuki GSX–R1000 one million Anniversary Edition bike is expected to go on sale with a price tag of approximately US$18490.