Suzuki revealed its concept bike Biplane in the Tokyo motor show a few weeks back. The name derives its inspiration from the early days of plane aviation. Suzuki says that the bike is designed in such a way that it gives the riders a feel of flying while staying on ground with two wheels. 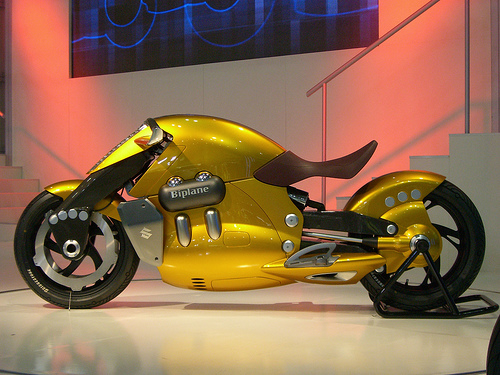 The engine is a V4 engine with the exhaust on the rear side below the seat which mimics the design of an air plane. The bike stops with the help of rim mounted disk brakes on the front and the rear wheels. You may be wondering where the instrument panels are. They are just over the surface of the tank. This is just a concept bike and there are no plans for commercialization as of yet.