A few days back, I went on a long ride on my bike to Pali, about 100km away from Pune. As I approached the bike to start the return journey, I found that the tire flat, Pushed it to the Puncturewalla. Had to wait in the afternoon Sun till the job was complete. A Yezdi in a sorry condition lying in the shop, sharing the place with old tires and the junk, caught my attention. I almost took a bollywood style plunge into the Flashback (though I had never witnessed it!) . The Era of 70s and 80s when these stalwarts ruled the Indian bikers’ heart. 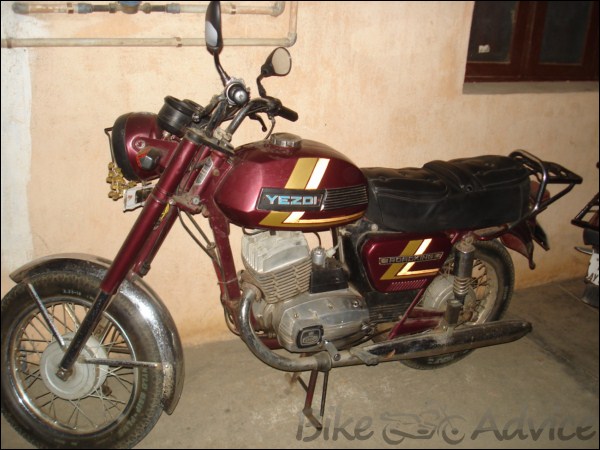 When I think of these Royalties, the first image that strikes the mind is that of the Royal Enfield’s Bullet. Even a layman still associates the Bullet with masculine style and seamless power. It’s the only bike that lasted from my grandfather’s and Father’s generation but still being craved for by Youngsters like me.

No description of a dashing police inspector or a mighty Sarpanch of a village was (or probably is) complete without this Black Beast. Massive Built, low revving thumpy engine, Torque that could carry a dozen of men with ease and super-stabilty are only some of the parts of its USP. It has been a reliable mate of our Army and Police and the uncrowned king of Indian hinterlands for sure. 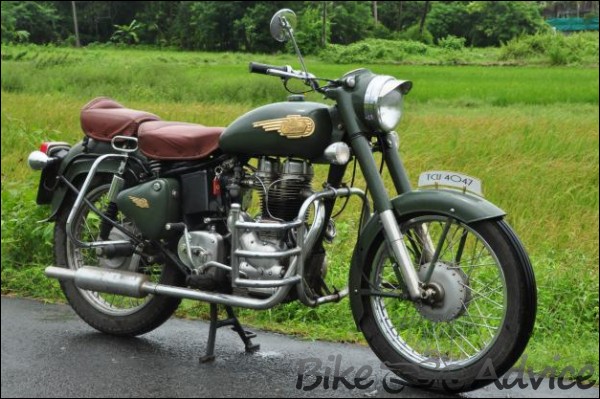 After The King comes the Queen, the Russian Beauty, the Yezdi by Ideal Jawa of Czechoslovakia. With its quintessential duel Silencers and the lovely engine putter, I simply love this bike. I still remember how I got my head stuck between the window bars when I was trying to sneak a look at a distant neighbours’s Yezdi , when I was a kid. If I am not wrong, the bike had a unique feature that the kick starter did the work of a gear shifter when reversed! Yes, a semi automatic clutch too. 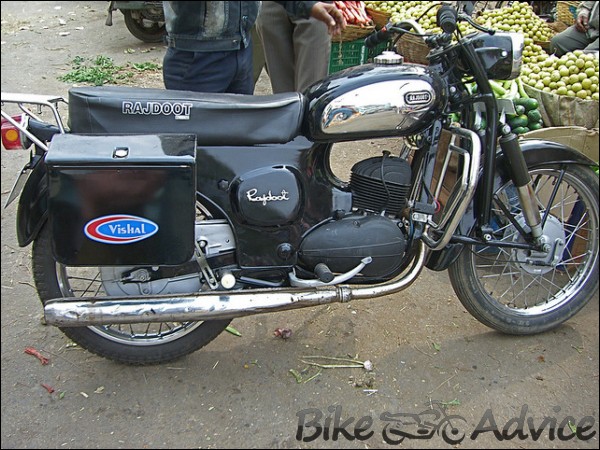 Ohho, how can I forget the Indian Dudhwalla’s favourite bike… the Rajdoot 250, by Escorts. Most of the times, it ran on kerosene rather than petrol. One can still see these bikes in distant villages doing their morning duty. I guess Escorts guys followed the trick of the typical housewives, of using dinner leftovers to make a morning breakfast. It did the same , when it used scooter wheels from its lossmaking scooter ‘Runabout’ and combined it with motorcycle chassis to make the cute looking small wonder “Bobby” aka Rajdoot GTS. For the first time a bollywood film was used to market any bike.

When escorts shaked hands with Yamaha, they brought the legendary Yamaha 350 rechristening it as RD350 in India to compete with the King, the Bullet. Although the Indian version was tamed for more fuel efficiency, It still had enough grunt to outpace any other Indian bike at that time. This rocket was probably ahead of its Indian counterparts with its Parallel twin cylinder engine and a six speed gearbox.

The problem areas of these bikes got highlighted when Indian commuters were introduced to fuel efficient and fill it-forget it type commuter bikes by hero-honda JV. This triggered a series of Indian manufacturers like Bajaj and TVS joining hands with Japanese giants. A new yield of lightweight, Easy on pocket and minimal maintenance bikes flooded the market. The old bikes unlike the new japs, had their own personality, they demanded their share of owner’s attention, were fuel guzzlers due to their burly engines and old technology. In spite of this, they could take the beating of great Indian roads for a couple of generations and last till the next one!

The commuter class slowly increased with the changing Economy and was inclined towards Hondas, Kawasakis and Suzukis rather than the old and faithful . Yamaha first moved towards its light and fast RX series and later took over The Escorts and stopped The Rajdoot brand. The Ideal Java had to close its Yezdi shop despite of its efforts to woo the new market. Royal Enfield too had to face its share of hiccups in the transition period but is still forging on a positive note.

“Hello sir, the bike’s ready”, I come out of the old world and have a final look at the Old beauty counting its last days till it will be weighed in kilos at a Bhangarwalla’s shop.

Rest in peace the king. The king is dead. Period.