‘Ray’, the first scoot for the Indian market from Yamaha has been slowly picking up in terms of sales and we do find a lot of them in the streets of major Indian cities. Though the model is still new and was launched less than a year ago, it still poses a threat to all the major scooter makers in India. 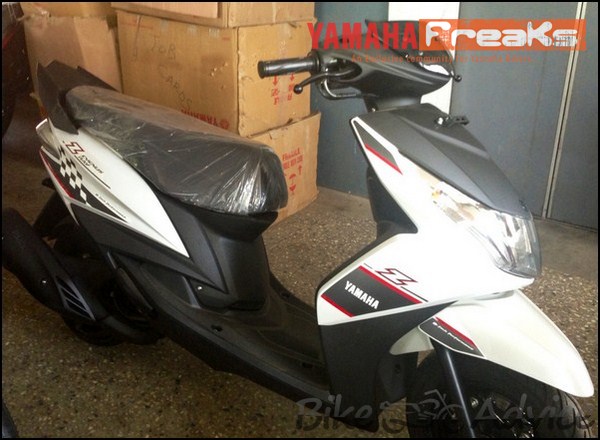 Now, the great news is that the Ray has undergone a change and a new sibling is born under the name of Ray Z. The pictures you see here are the first ever shots of this new scooter. Ray Z boasts of mere cosmetic upgrades but looks absolutely fresh and peppy. Just like the FZ-S series of bikes, the Ray Z sports a small windshield that looks interesting.

The additional decal works along the body are also worth mentioning. The chequered flag on the front panel makes you remember the anniversary editions that Yamaha usually comes up with. There are also touches of matte black colour scheme on the front panel adding excitement on the first look. 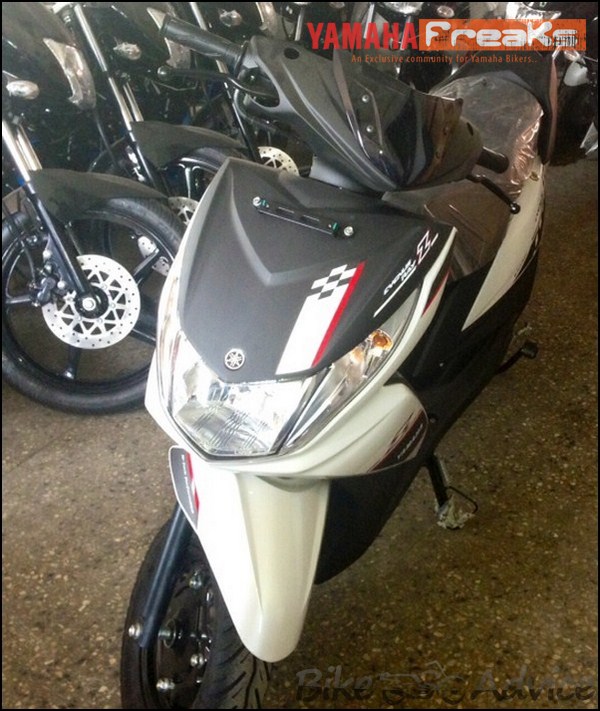 There are not going to be any changes with respect to the specs of Ray. The mill will be the same 113cc air cooled engine capable of pumping a maximum power of 7.1PS @7,500RPM and a maximum torque of 8.1N.m @5000 RPM

The Ray Z is getting launched tomorrow and we have the exclusive spyshots of this model even before its launch. Thanks to Yamaha Freaks for sharing these pics of Ray Z. You can also check out Yamaha Freaks Forum. 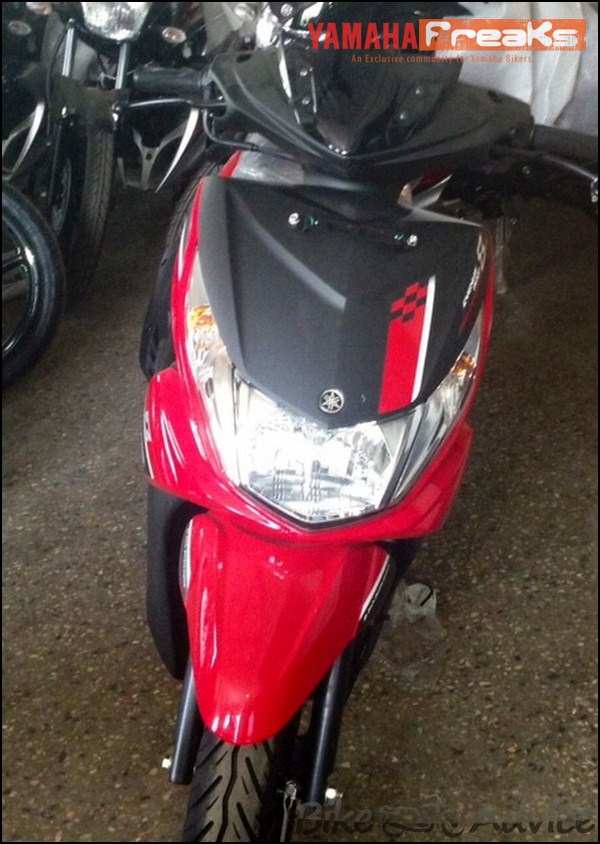 Yamaha Ray looks cute and has already won the the prestigious India Design Mark (I Mark) Award 2013 and with the introduction of Ray Z, Yamaha intends to diversify its targeted customers. It appears to be a similar policy like FZ series of bikes (just that we do not expect a faired Ray :)). Upon first look, Ray Z also reminds us of Honda Dio. 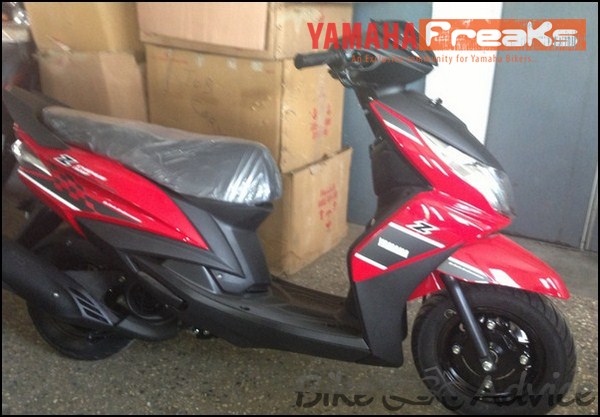 Here are the tech specs of Ray Z for your reference. 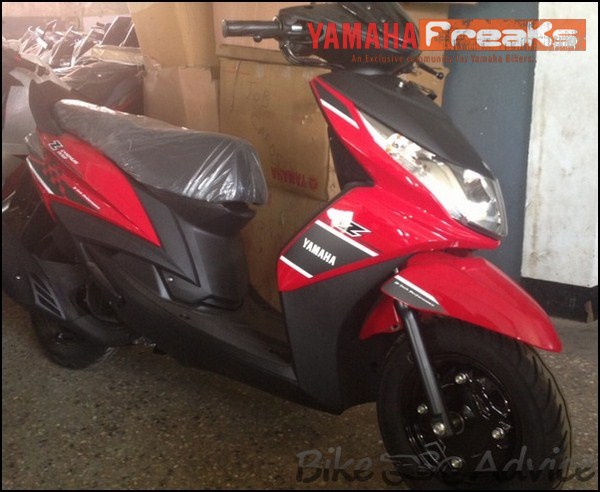 Price of Yamaha Ray Z is expected to be slightly higher than the normal Ray. And from what we can make out from the pics, the new scoot looks cool and sporty and will definitely snatch a pie of other scooters. How do you find the new Ray Z?