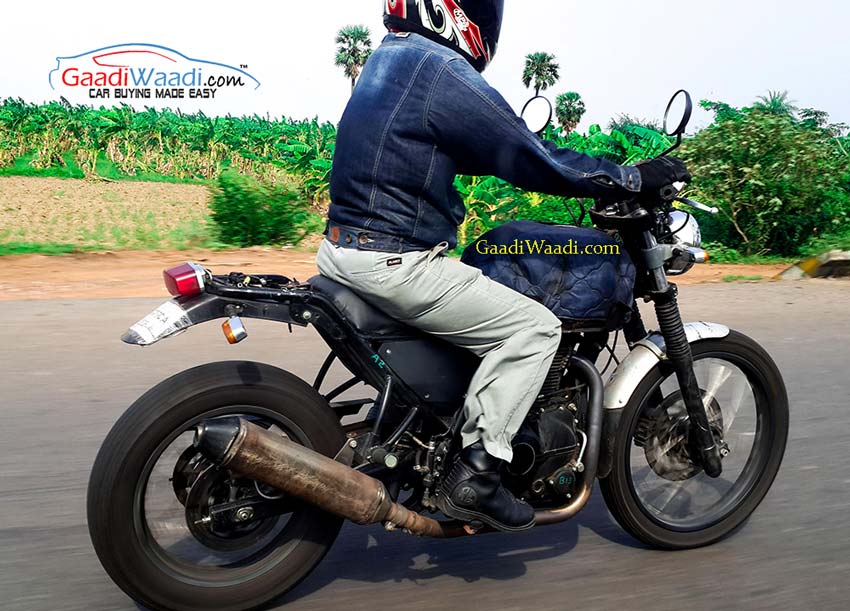 After the Cafe Racer Continental GT, the bike we love, Royal Enfield is bracing up for something new. It is widely known that they are preparing a new motorcycle which has reached its on-road testing phase! It is expected to be called ‘Himayalan’ based on the name RE has registered few months back.

This new adventure motorcycle has been snapped yet again by a Gaadiwaadi.com reader and these are the clearmost pictures so far and confirm that it will be a bigger motorcycle than the compact Continental GT!

The under test motorcycle appears to have a lot of parts which have not been finalized including the engine design, side panels and possibly the seat. These spy pics also reveal that Royal Enfield may opt for split seat on their new model.

This will also be the first Royal Enfield to sport monoshock at the rear and a new single cylinder engine which is speculated to be a near 400cc motor and may produce more power than Continental GT. 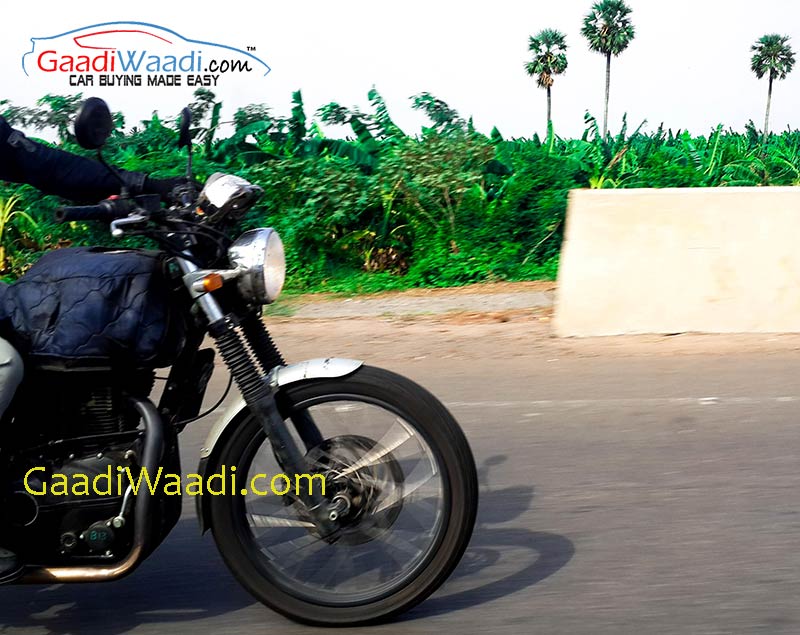 There are a few inscribings at the frame and engine which is generally done to distinguish between two (or more) under test samples. The ride height is nice and upright with high-set handlebars and there is more stopping power from that additional rear disc brake. The rear tyre is broad and that upswept exhaust lends a sporty posture to the bike. 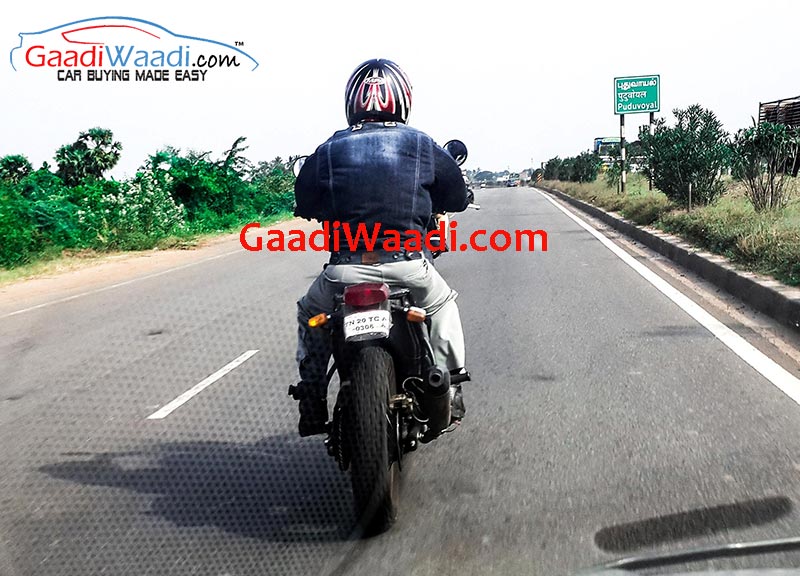 Looking at the constant updates, it is expected that Royal Enfield Himalayan will be ready for launch this year, possibly sometime in the second half.