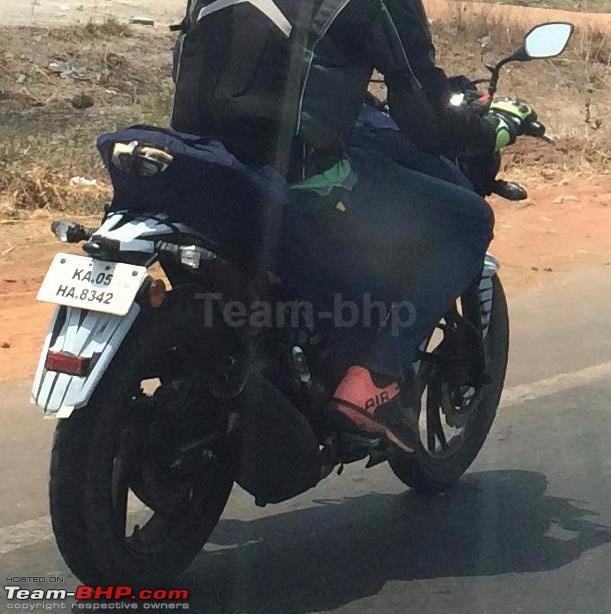 Barely have we finished writing about new TVS Apaches, we have a spotting of a mysterious test mule reported by Idk2, a TeamBHP member. According to him, this camouflaged motorcycle was spotted on the NH5, possibly in Hyderabad. The only bit he could reveal was that the front resembled Impulse!

This is a TVS test mule which very much resembles the Velocity Concept which was showcased at Jakarta Motorcycle Show in 2010. The Velocity Concept was a modified Apache RTR 160 and was a mash-up of various TVS products and after-market add-ons but it looked sharp and impressive.

Coming back to the test mule, it appears to be slightly bigger than the current Apache twins but maintains the compactness. There is a pointed tail and a dual-hole exhaust with some space left at the tip possibly for some metal finish (like Velocity). 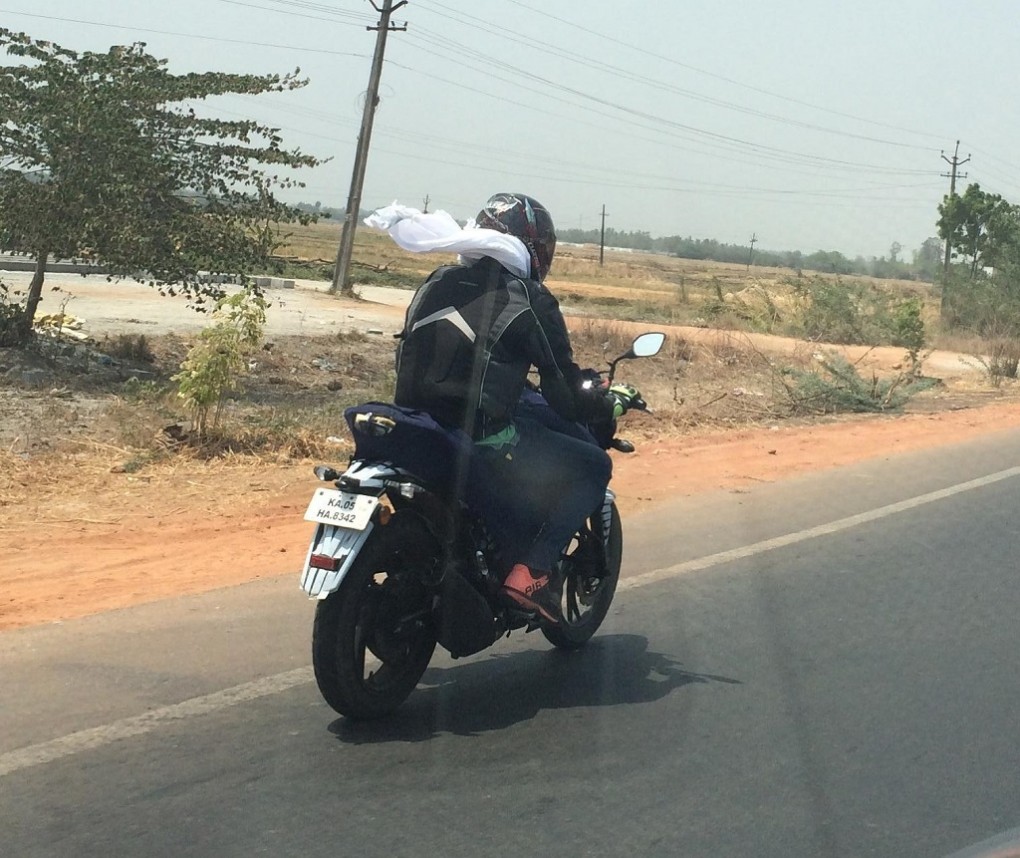 There is a hint of that underbelly cowl and similar front mudguard. We are not sure about the front forks but the production version may be those traditional ones. The tank is contoured and those are definite Apache RVMs (rear view mirrors).

We are skeptical if TVS will lend the existing Apaches a dramatic makeover like this. At this juncture, we will put our money on this being the new Apache 200. But we will wait for more conclusive evidences to claim anything! But yes, brace yourself, though a little late, new Apaches are coming!!!