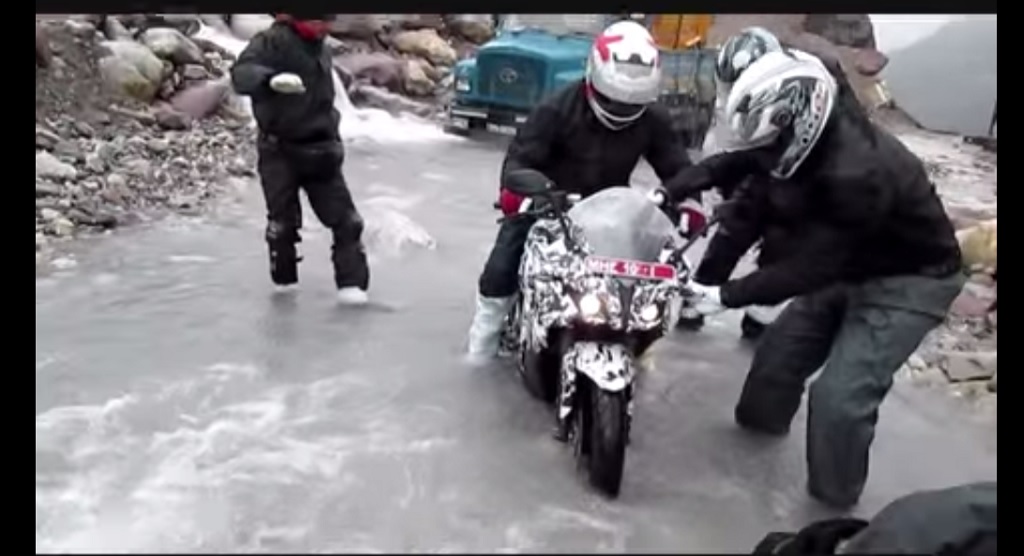 We now know why we still haven’t received the Pulsar 400SS/200SS yet – it’s stuck in rocky waters at Baralacha La! Jokes apart, a video has popped up on youtube that shows Bajaj’s upcoming flagship traversing the challenging terrain, which one has to negotiate on the way to Leh. 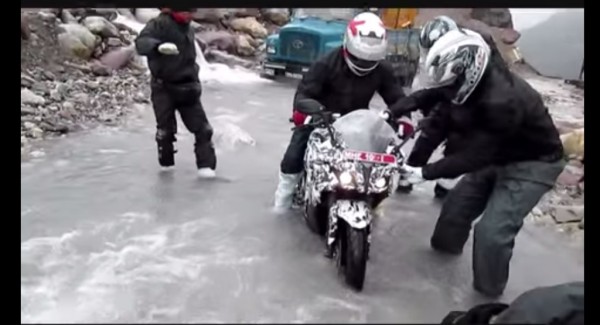 The SS in the video is camouflaged, so we don’t know whether it’s the 400 or the 200, but the person who has uploaded the video has captioned it Pulsar 400SS.

It might be possible that Bajaj is testing the Pulsar 400SS along with the 200SS. Nonetheless, since the 200SS is coming sooner, this may just be the smaller sibling and it may be up for some high altitude testing in the mountains. 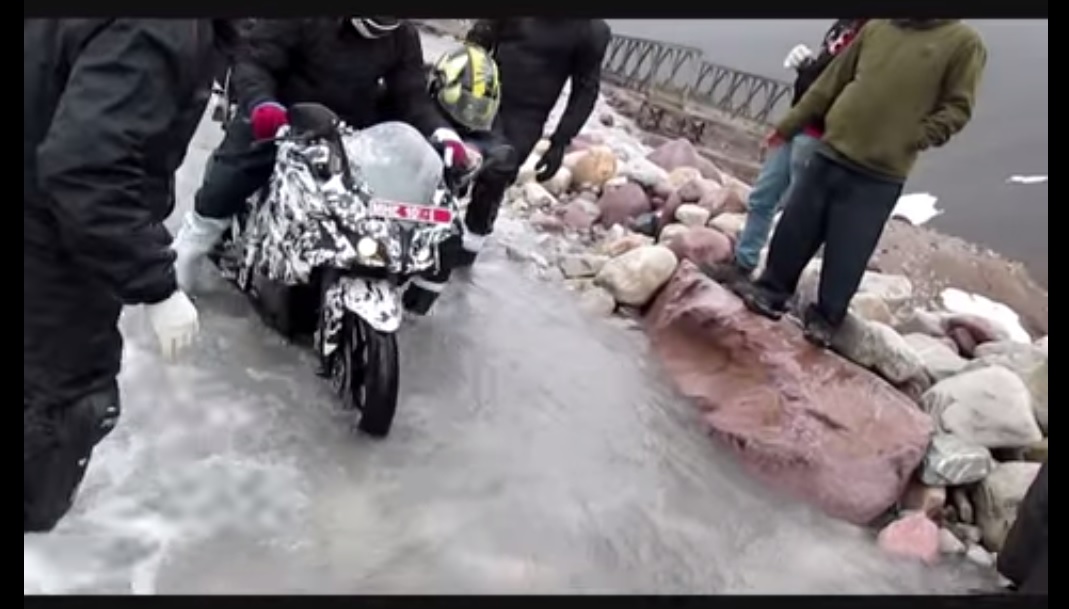 Apart from whatever goes on in the video, the faired motorcycle does produce nice exhaust sound for a single cylinder. Also note both the headlamps are ON along with the eyebrow-like pilot lamps.

Going by the fondness for faired bikes in our country, Bajaj could have ready winners in both the 200SS and 400SS Pulsars. Let’s see how it prices both these machines: I feel that the 200SS might demand a premium of around 25-30 thousand rupees over the Pulsar 200NS while the 400SS might fulfill your dreams of owning a ~40PS sportbike for an on-road price of under two lakh!

However, according to the latest information we have, even the Pulsar 200SS will need some more time to get launched in India.