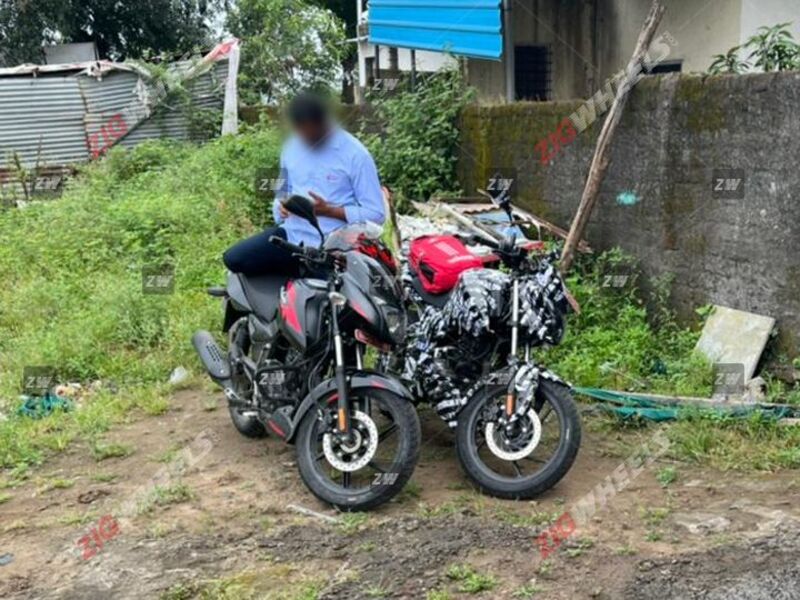 So, Bajaj Auto could be looking to launch a smaller Pulsar, built on their new platform, somewhere during the current festive season.

Recently, there have been many sightings of the company testing a smaller pulsar fully-camouflaged on our roads. It clearly is based on the new naked platform that was first introduced through the introduction of the Pulsar N250 last year.

Now, thanks to an online portal, we have some new images of the upcoming next-gen smaller pulsar being tested fully camouflaged.

According to some whispers, the new Pulsar N150 could come in two variants. The major difference between the two variants will be the braking configurations, just like we saw on the Pulsar N250 & N160 models.

And just like the mentioned ‘N’ moniker models, the new N150 will carry forward the new N stylings introduced by the bigger N250 model. However, one of the test-bikes was spotted with a headlight design similar to the current Pulsar 150 model. There is a chance Bajaj could introduce the new N150 at a lower price point with fewer features and frills.

Yet, don’t feel down, the upside of the new Pulsar N150 will be the new engine. Just like how the Pulsar N250 set the standard for all the engines in the segment when it comes to refinement and performance, we are sure the new Pulsar will bring this in its segment. It will not lack in performance while keeping fuel efficiency at the top of its priority list.

Visually, expect a smaller and slimmer motorcycle than its bigger N siblings. It will be missing a side exhaust unit and in place will be used an underbelly unit to improve the centre of mass of the motorcycle. There will be a new chassis with a revised telescopic shock and monoshock combination.

Lastly, we expect the futuristic infinity semi-digital N250 instrumentation could make its way down the line to the new Pulsar N150.

With all these new and revised hardware, we expect Bajaj to price the new Pulsar N150 around Rs 1.07 lakh – Rs 1.10 lakh (ex-showroom, Delhi). This will keep it in direct rivalry with TVS Apache RTR 160, Honda Unicorn 160 and Yamaha FZ Fi.