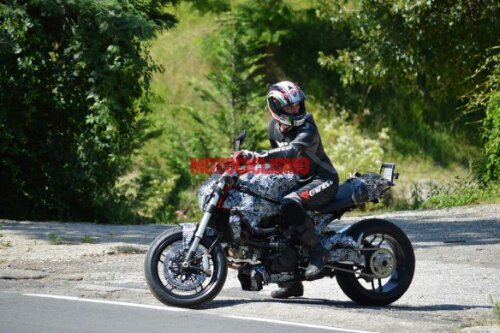 A few days back, alleged spyshots of a bike in swirly camouflage went viral on the interweb. The spied motorcycle is supposed to be the 2014 edition of the Ducati Monster. Spotted in a quite-well-forested area somewhere probably in Italy, the pictures show a rider clad in full protection gear. Probably he was out to test the motorcycle in a sparsely populated area.

The camouflage does its job of hiding the bike well to an extent, but the radiator is clearly visible. The single-sided swingarm is revealed by a shot of the bike from the right-hand side.

The bike appears to be equipped with a 11° water-cooled Testastretta mill. If found to be true, then this model will be the first bike from the Monster range to be equipped with a mill other than the Desmo series of air-cooled engines since 2008. The exhaust is strikingly similar to that used on the Diavel. 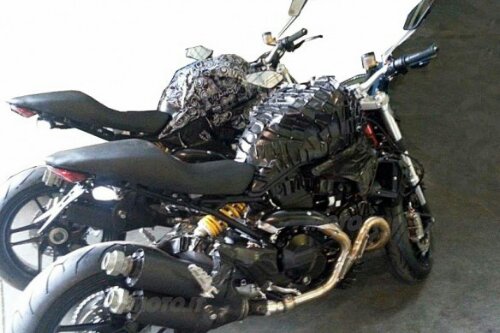 A lot of speculation has been flying around, and most seem to agree that this bike would be powered by a 1198 cc engine. The official details are unavailable at the moment, and thus we can’t really confirm anything. We expect Ducati to reveal more about this bike at the 2013 EICMA Motor Show in Milan. 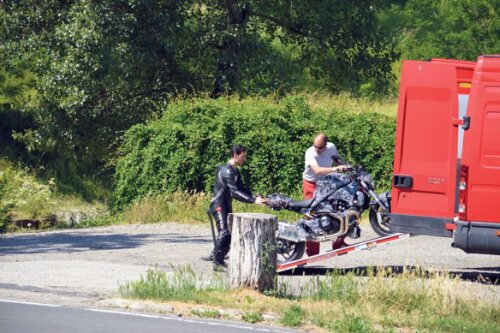 The Ducati Monster is an important gateway to the Italian brand’s product line-up. If this spied 1198cc Ducati Monster turns out to be true, the Italians clearly have a stratagem up their sleeve. Like the S4R & S4RS, we expect the new Monster to be a brilliant product in Ducati’s line-up, and one that is meant for the biker who prefers street motorcycles.

The million-dollar question then: How is Ducati gonna position the alleged New Monster vis-a-vis the Ducati Streetfighter??