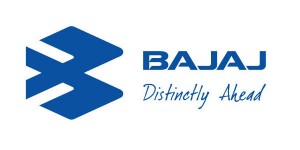 Bajaj Auto yesterday announced its first quarter result of the financial year 2012-13. The first quarter remains difficult for Bajaj Auto in terms of motorcycle sales due to export issues and weak domestic demand. The company reported jump of 1% in profit after tax for this quarter. The company reported profit after tax of 718 crore against 711 crore last year for the same quarter.

According to Bajaj Auto press release “Demand in domestic market remains subdued. Domestic market witnessed a growth of ~6%. Bajaj Auto, in contrast, witnessed a flat sale. The above statistics is based on the billing numbers as reported by the manufacturers. However, on tracking the retail numbers, there seems no significant change in company’s market share at retail level. “

The company also reported below segment wise report in the press release.

Sports segment: Contributes ~16% of total domestic volumes. Bajaj Auto continues to dominate this segment with a market share of ~46%. The newly launched generation next Pulsar 200 NS, which will open at Pan-India level shortly, would further strengthen company’s leadership position.

Commuter-Deluxe segment: This is the largest contributor to domestic volumes, ~64%. The segment witnessed a growth of ~3%. In contrast, Bajaj Auto declined by 16% and has a market share of ~18%. To address this, Bajaj Auto has planned new launches in this segment. The Discover 125 ST was launched in mid-June and has received very good response.

Commuter-Standard segment: Contributes ~20% of total domestic volumes. Bajaj Auto grew by 34% as against an industry growth of 22% and now enjoys a market share of ~29%.