These days, I see a lot of kids riding Activas and other scooters and bikes as well. I don’t know if this scene is becoming too common in Bangalore alone or across the nation itself. What makes me worried is the way these kids ride these two wheelers. Small kids in the age group of 13 to 15 roam around in the streets with their throttles fully opened. 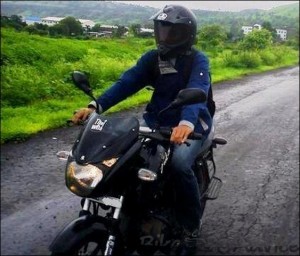 There is a reason why I come up with a post on this particular title. Yesterday, a kid (that’s what I wanna refer to him as) came speeding in a White Activa, lost his control and fell right in front of my bike. More than the speed with which he came and fell, what made me stunned was the fact that after the fall, guess the number of people who got up. They were four in number. Four people in a single Activa was something I cannot even imagine.

This incident made me the feel that nobody can boast about being a biker, but being a sensible rider is the ‘Need of the Hour.’ Here are few tips which will make you one.

By the time you’ll be reading this post, some senseless rider will be tormenting on the road. As  CEAT Tyres Ad says, ‘The Road is Full of Idiots’ who cannot be dealt with. But, atleast let us be responsible on our riding techniques so that the rest of the commuters are not disturbed by the way we ride. It is in fact part of our responsibility as a ‘Biker’.

Kudos to all Sensible riders who are our readers as well.