We’ve been observing in the recent past that the sales figure of scooters in India is only seeing a northward trend and is not used to the habit of seeing a dip. That’s a good piece of news for the two wheeler makers in India. Drastic increase of traffic in Indian cities and even the tier -2 towns on an everyday basis combines with a rise of female riders in the country are the rime reasons for the increasing scooters in India. A considerable number of bike customers are also shifting towards the scooters. 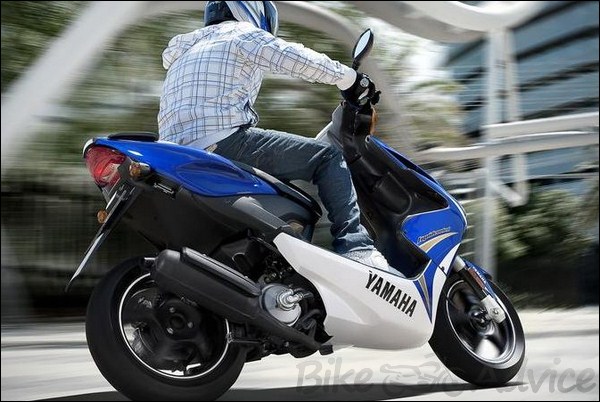 Honda, Suzuki, HMC Mahindra 2 Wheelers and TVS are the present players in this segment with the first two companies dominating a major share in this market. Yamaha is also gearing up in full swing to foray into Indian with a India specific scooter.

Scooter sales grew up by 39 per cent year – on – year in the month of November which is the 22 – month high. The growth in the motorcycles segment was only23 per cent for the same period. The problem, the present day scooter manufacturing company’s face is the fact that they are unable to meet the demand created in the market.

“We cannot cope with the demand with our single scooter offering, Access 125. So we plan to come out with a second model, which will be launched during the upcoming Auto Expo,” said Atul Gupta, VP (Marketing & Sales), Suzuki Motorcycles India.

Mr. Gupta added that Suzuki has a present booking backlog of around 30,000 scooters, even after a 30% expansion in monthly production to 27,000 units, Gupta added. In the month of November, two – wheeler makers sold 229,309 scooters and 869,000 motorcycles.

The Indian automotive industry body which is Society of Indian Automobile Manufacturers (SIAM) says that growth in the scooter segment would soon overtake the demand for other products in the two – wheeler segment by this fiscal year itself.

“Scooters still remain an untapped market in India. We expected the scooter segment to grow to 35% by 2016, when the Indian two – wheeler market is expected to double to 20 million units,” said India Yamaha Motor CEO & MD Hiroyuki Suzuki.

The recently growing high demand for the scooters is putting both the manufacturers and the customers in a spin. While, manufacturers are forced to think on the expansion plans, whereas the customers are forced to wait for a long time to get their scooters delivered by the companies. Doubling up the production capacity also proves to be of no use.

“Even after doubling our production to 1.1 lakh units a month, the demand gap continues to grow. The waiting period for our flagship Activa is a couple of months and we expect to cater to the Indian demand as we ramp up production at our second plant coming up in Rajasthan next year,” said NK Rattan, vice-president at Honda Motorcycle and Scooter India (HMSI).

According to a recent news article in Economic Times, ‘The demand in the segment is being partly driven by women and tier II cities where infrastructure has improved over the past few years. Tier II cities now account for about 20% of overall scooter sales, against 15% last year. The changing socio-economic environment in the country has also helped push up sales among women, who now form a larger part of the working population.’

Researches reveal the fact that women riders constitute to around 12 to 14 per cent of the 10 Mn two – wheeler users in the country. When it comes to new buyers, the per cent goes up to a whooping figure of around 30 to 35 per cent.

“The growth in the scooter segment is being fuelled by socio-economic factors including the rise in the number of working women, spread of smaller and satellite towns, and the overall economic growth in the country that is expected to sustain for the next few years,” said Anil Dua, Hero MotoCorp senior VP, Marketing & Sales.