Royal Enfield, one of the toughest bike makers, has unveiled two bikes viz. Classic Chrome and Bullet 500 for the U.S market. The two beautiful babies will be hitting the American markets by this April. 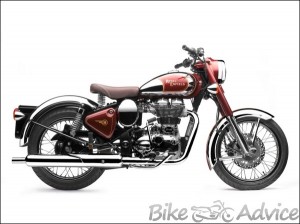 Both the bikes are fantastic especially the Classic chrome because of the shiny paint job.

The bike was recently showcased in the International Motorcycle Show in New York.

Some parts of the Classic Chrome are completely drenched in Chrome like the rear fender, toolbox, tank and the front fender.

Royal Enfield has also included a kick start to this to be exported bike, this came as a big surprise to all. Classic Chrome seems to have taken its design from the current Bullet Classic C5 EFI sold in the U.S.

The next bike which is made for the U.S market is Bullet 500. This amazing machine (Bullet 500) has evolved from the current Bullet 350 model. 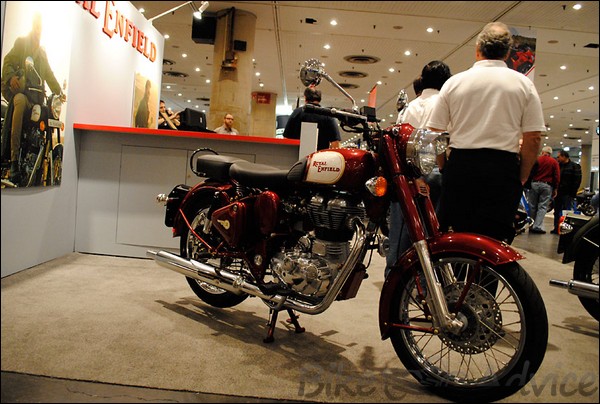 In the past, Royal Enfield showcased many concepts that had higher displacement engines viz, Fury and Café Racer. Fury is basically meant for the UK markets but Enfield may think of spreading it to other parts of the world based on its response. All in all, Royal Enfield has learnt to make news after news and thus enhancing their brand image.