Royal Enfield always has a set of customers for itself. For them, their bikes mean everything on Earth and on Heaven.  But there have been immense levels of dissatisfaction among Royal Enfield’s customers over the issue of delivery period of its products. Royal Enfield’s flagship models which include the Classic 350 and Classic 500’s delivery periods prolongs to as much as one year in certain cities. 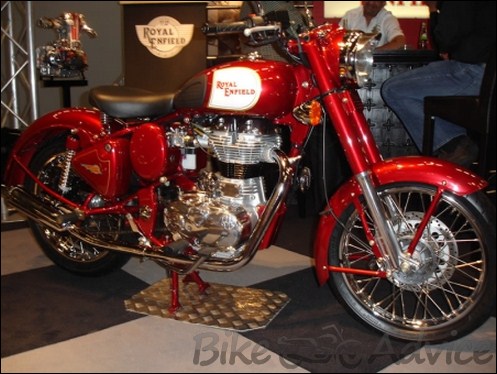 Now, in order to meet the demand and supply of its products, the Chennai based Royal Enfield company has set expansion plans, to be in par with erstwhile motorcycle manufacturers.

The production of Classic 350 and Classic 500 was 50,000 units last year and is to be increased to 100,000 units in the current year. This is done with the intention of reducing the waiting period over which the customers are fed up with. The best part is the fact that Royal Enfield also has plans to set up a new plant which would bear a manufacturing capacity of thrice as much as the present manufacturing plant. However, there are no clues on where the plant would be located.

Regarding this plan,Mr.Siddhartha Lal, Managing Director and CEO of Eicher Motors, said: “Our initial plans were to set up a 150,000 units a year plant but we believe that this capacity will get used up in two or three years. So we are now hiking the capacity to 250,000 units a year. Finer details like the location and investment are yet to be finalised.” It is to be remembered that Eicher Motors, which is a New Delhi based commercial vehicles manufacturer is the holding company of Royal Enfield.

The company had increased its production capacity by 50 per cent to 6,000 units a month from 4,000 units in March. The sum of money that the company has planned to invest on the current expansion plan is Rs 65 crores.

“We have been carrying out expansion at Chennai. Last year, we added a significant portion but this year despite continued demand we will not be able to add more than 10 per cent,” added Mr. Lal.

Royal Enfield is holding talks with officials from the Government of Tamilnadu and Andra Pradesh regarding this expansion process. This move would fetch either of these states, an investment worth 300 crores. But there has been no word regarding this from the company’s side.

According to sources, the company plans to add 150,000 units capacity in the first phase and another 100,000 units per year in the next phase to cater to the demand for at least the next 5 – 7 years.

Royal Enfield, at present sells five models in India which includes Classic series, Machismo and Electra series and witnessed 8.74 per cent growth during the last financial year at 54,475 units. The growth was largely restricted owing to the company’s inability to expand its production capacity.

Royal Enfield is now the oldest motorcycle brand in the world still in production with the Bullet model enjoying the longest motorcycle production run of all time. I would like to share with you all that the company’s initial motto was “Made like a gun, goes like a bullet”. “Royal Enfield motorcycles could literally be compared with no other motorcycle manufacturer as they are very unique and one of the kind”, said a Royal Enfield Electra 350 user to BikeAdvice

Ravichandran was recently made the executive director of Royal Enfield and Eicher Motors after serving the twowheeler brand as chief executive for several years. Venki Padmanabhan was promoted as the CEO from COO.

While Lal refused to divulge further details, senior executives privy to Royal Enfield’s plans said new models will only be a step ahead from the Classic range.

To start with, the company will launch a production version of the Cafe Racer that was showcased during the Auto Expo 2010. This new race inspired motorcycle will be unique in its styling and hit the road in 2012-2013.

This is the Cafe Racer model 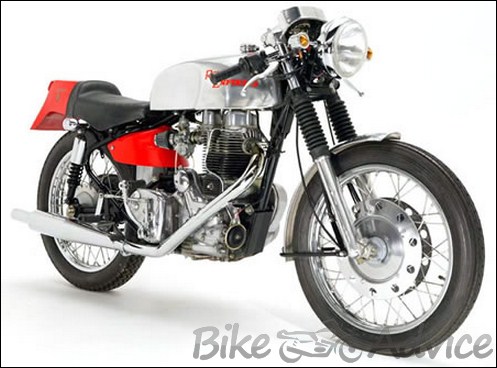 There are also news that the company is working on twin cylinder models with higher capacity which is likely to dominate Indian roads after many decades. But the minimum expected period for this model’s launch is around 18 months. The company is thinking possibilities to dominate above 500cc segment where many International players are stepping into India, owing to its high demand here.

To conclude, here is good news to rejoice. The diesel engined Bullets might mark its presence again in India. If launched, expect a fuel economy of around 80 kmpl of diesel. With heavy hikes in petrol prices, this news is all set to refresh the entire biker community.