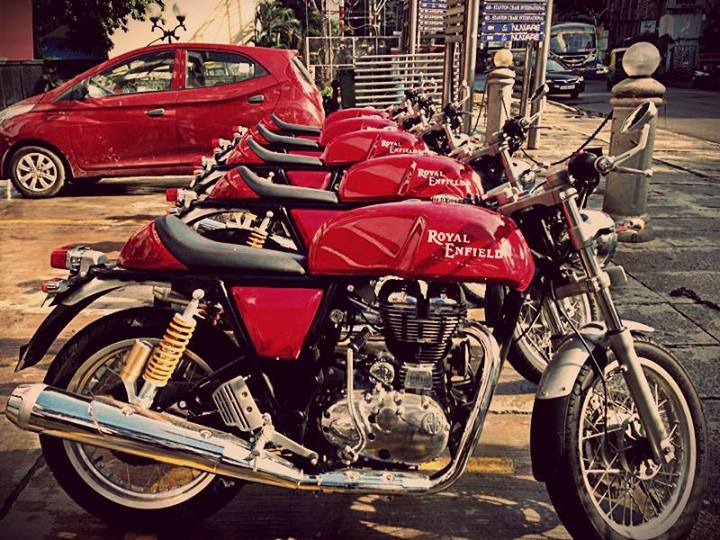 Royal Enfield is doing all it can to ensure a heart throbbing start to their technically most advanced bike ever – Continental GT. The publicity stunt organized by Royal Enfield recently in Bangalore to showcase the upcoming Continental GT to the discerning crowd has reportedly met with attractive success. 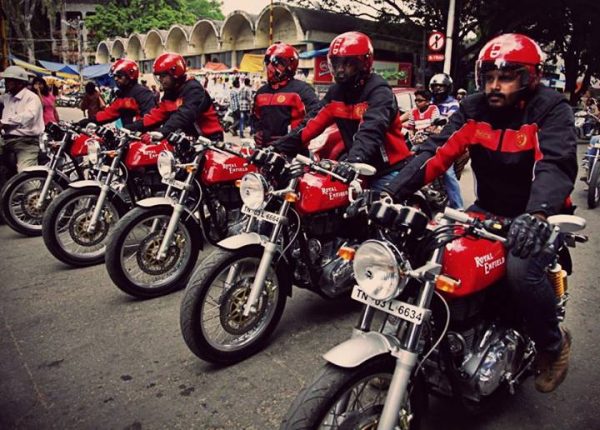 This follows on the similar pre-launch “Burn-Up” done in the UK before its international launch. When the GT was first unveiled in UK it did manage to garner positive response. Royal Enfield understandably would be hoping more here at home . They plan to to launch the GT in Goa in a couple of weeks during their “Thump Festival”.

Visually, the retro GT is a treat to behold, no two ways about it. Its single cylinder 535cc engine delivers 29 bhp and 44Nm of torque which gives it legs long enough to go capering about town or on a longer ride without stressing either the engine or the rider in the process as has been shared by international reviews till now. 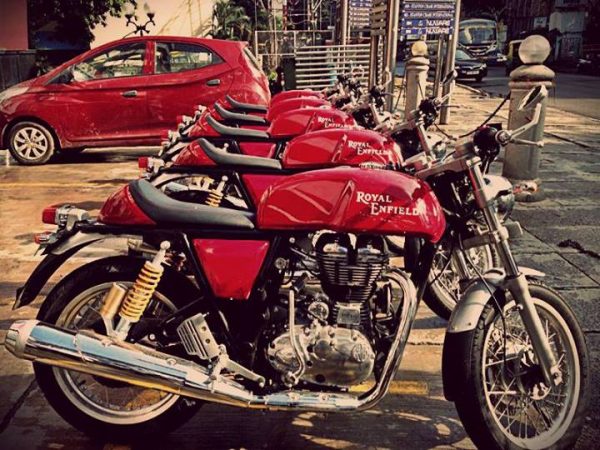 The event consisted of a few riders, all decked up in Royal Enfield Continetal GT attire, riding their red coloured beauties across Bangalore’s prime locations on multiple days.

The GT’s showcased in Bangalore were single seater, which though goes beautifully with the retro look will in most probability be shunned by majority but the most ardent of Indian bikers. The longer, two-seater would be what most of the bikers would be looking at. One wonders if Royal Enfield have plans to introduce the bike with the option to easily attach and change between the twin and single seats. That would be a welcome addition. 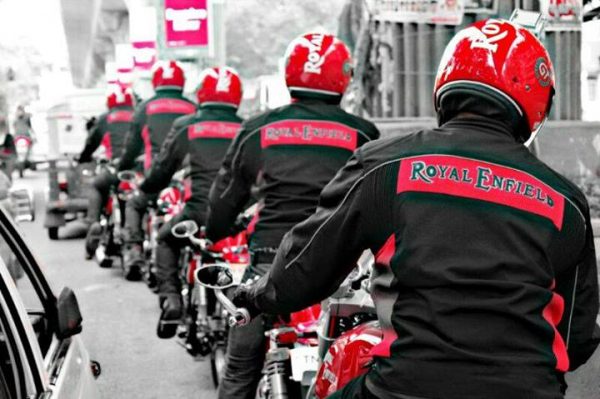 Royal Enfield are tight-lipped as to the price of the GT, but an informed estimate points to a figure of around Rs.2.5 lakh on road. Final pricing will depend on whether RE plans to introduce the GT as a premium product (expected) or a bike that has wider appeal and affordability. 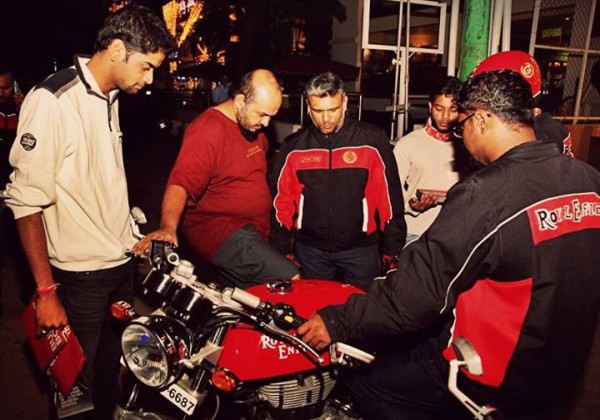