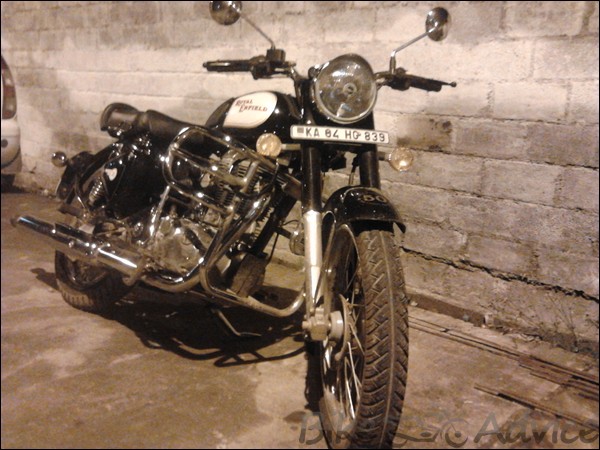 “Good Things Come to Those Who Wait”, was the theme I spoke about in my previous write up depicting my experiences during the waiting time (of 8 ½ months) for the CL350. But that phase was shown the door on May 5th 2011, by the arrival of my black beauty into my life! It was a nice, warm; Thursday evening at around 7.30pm when I first gotta ride my CL350.

The bike was delivered with all the explanation done and instructions given. The salesman was in a hurry to reach home, After I held him hostage for more than an hour of closure time, until I got my bike delivered with all the relevant documents. I sat on my bike for the first time and turned the ignition key on. My thumb automatically pressed the electric start button and the beast refused to start (Starting the bullet is an art for sure!). After some more efforts, the thumper came to life. The beats filled my heart with joy (muted though).

My first ride on the Cl350 wasn’t a pleasant one though. Not used to riding a bullet (riding a bull for the very first time in life), had to get used to the power and the vibrations it happily ekes out. But as time passed and some more rides on this bike, I learnt the “art of riding the beast”. Such is the influence that this bike has on its rider that all other bikes pale in comparo with this one! 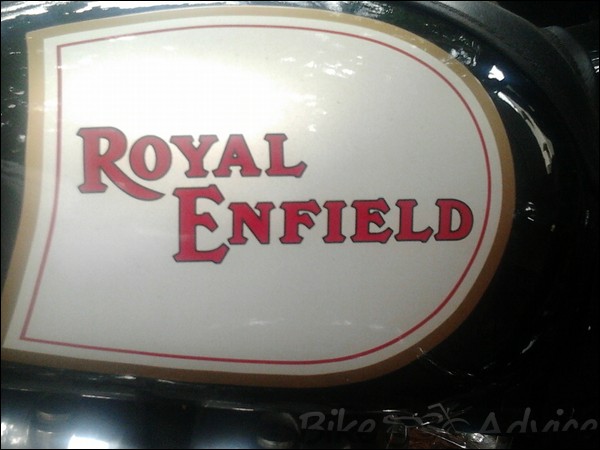 This bike gives the rider tons of self confidence and pride, and makes one feel like ‘king on the road’. It grabs everyone’s attention on the road, in signal stops, railway level crossings, etc. There’s not one occasion where I’ve not been asked about this bike whenever I’ve stopped on the roads. True to its name, it makes one feel truly “Royal”.

Riding any bike during its run-in period is really really tough for any rider (I’ve not yet completed the run-in period). I was wrongly instructed at the showroom to keep the bike’s speed below 40kmph (which is virtually impossible to do) and every time I tried to shift to the 4th and 5th gear, the bike would start stuttering.

Had a real tough time riding under 40kmph for the first 50 to 70kms! Then the bike’s manual came to my rescue. The manual instructed one to ride under 60kmph for the first 500kms (first service) and after first service, the speed could go upto 70kmph till the bike touched the 1500 kms mark. I heaved a sigh of relief after reading the manual and then onwards every ride on my Classic became very pleasant. 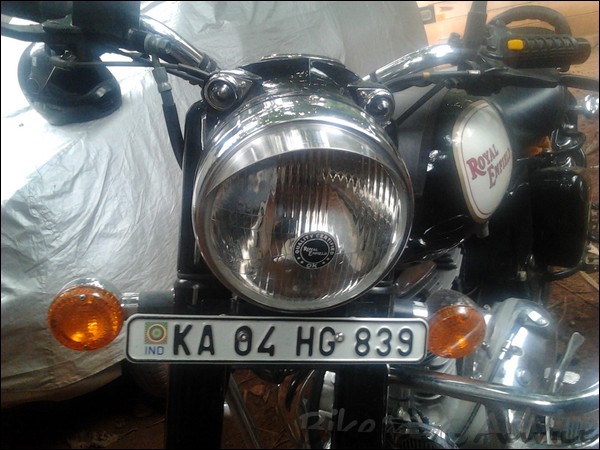 The Classic touches the 60-70kmph mark in no time and the one riding it will have to confirm with the odo, that bike is actually doing 70kmph. Every time I feel as though I’m doing 40kmph even when the odo shows 70kmph. Such is the power and the pickup of this bike. There is no way any other bike be compared with the RE’s (no offence meant to the owners of other brands).

Dear Everyone, I strongly recommend all of you to take care of ur new bikes and drive very carefully, within the prescribed speed limits (as given in the manual) during the run-in, So that ur bike will have a long and a healthy life and seamlessly serve you without any niggles and troubles!

Performance during the Run-In

With the Unit Construction Engine (UCE), the bike’s engine is a power to be reckoned with. It happily dishes out 19.8 bhp and 27Nm of torque. It surges ahead with beastly power and is not as lazy as its Iron cast engine cousins (Again, no offence meant to old bullet owners). In my opinion, this new age bullet is a healthy combination of the power of the sports bike (though not completely) and the charm of the vintage bullet. 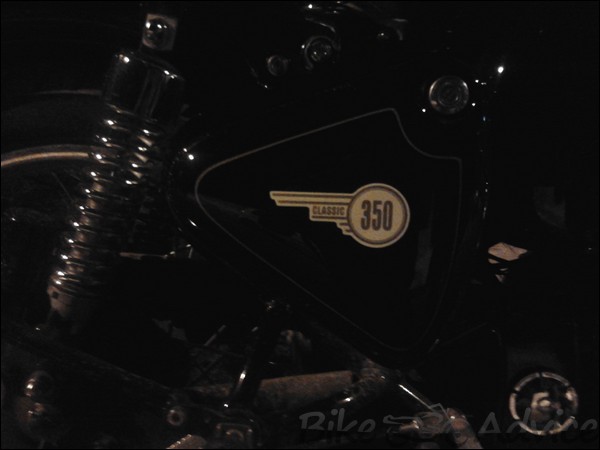 The thump is muted and in no way compares with the iron cast engine ones. When an old bullet passes by my side, I feel as though my engine’s completely muted, but otherwise, sincerely, there’s enough thump for the rider and the pillion to enjoy! The cl350 comes with a straight silencer in the beginning (as the QC is not given if the bike has the bent silencer as per Indian norms) and one can go in for the bent one at the second service (3000kms) coughing up close to INR 3000.00 (with advance booking). 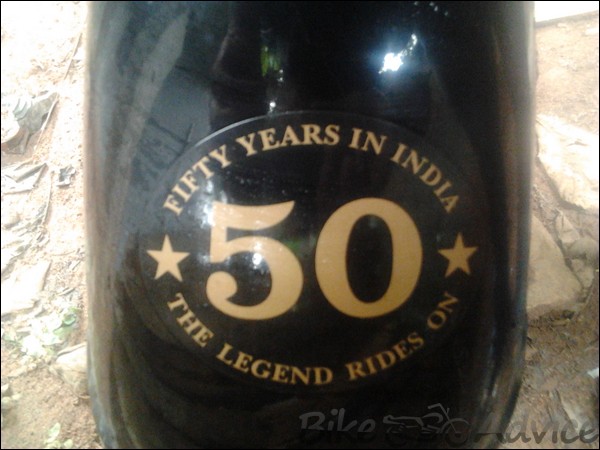 The fit and the finish of the Cl350 is better when compared with the old bullets, but still lacks the fit and finish of all other bikes available in the market. It’s stunning when the looks are taken into consideration with generous garnishing of chrome everywhere (even superb when the color of the bike’s black). I had some issues for the first 500 kms (which I’ll discuss later) which was promptly rectified and the issues were solved! 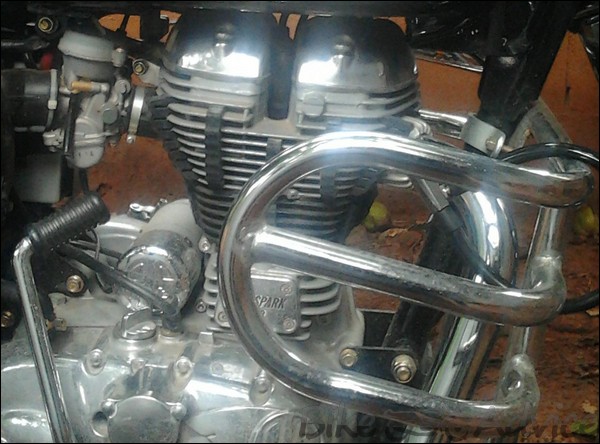 The Classic 350cc is powered by an all aluminium, single cylinder, Unit Construction Twin Spark Engine (UCE), which it shares with its siblings such as the RE Thunderbird, RE Electra and RE Standard Bullet model. It Dishes out 19.8 bhp of power and 27nm of torque. The throttle response is very good and the pickup is instantaneous. 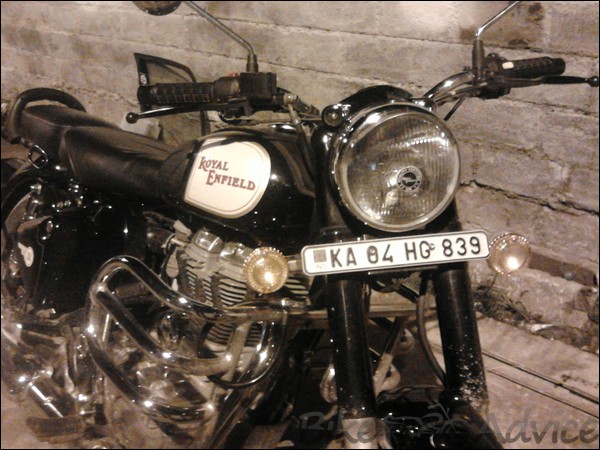 The Classic series of bikes are a combo of modern technology and vintage post world war era bullet. It has oodles of chrome and looks extremely beautiful to every bullet lovers eyes! Personally, I liked the chrome shocks, the long straight silencer (though I prefer the bent retro silencer) and the graphics. The rear fat tyre has converted many non lovers of RE into diehard fans of RE. The rear tyre adds its own aura to the look of the RE classic.

Front suspension is the telescopic forks with hydraulic damping – stroke 130 mm. Rear suspensions is chrome plated, swingarm shock absorbers and gas filled. One can ride pretty smoothly over rough terrain like gravel and mud, and bumps on the road are easily swallowed. Well, bullets are built for the toughest of the toughest terrains and its suspension system is really responsive! 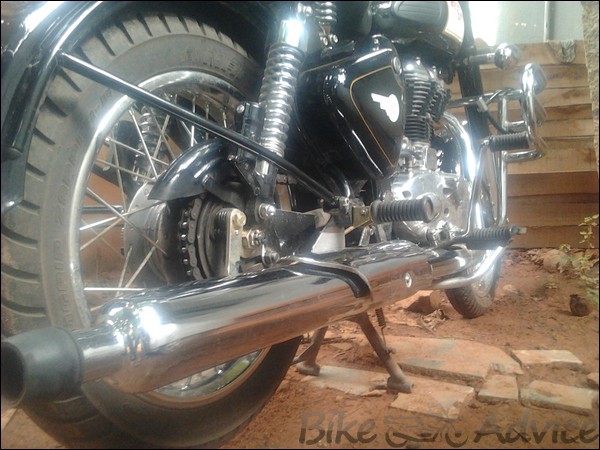 Single 280mm disc with 2 piston calipers is used for a front brake. It really looks huge for a person graduating from smaller bikes. It provides the bike with incredible stopping power, and the brake lever is highly responsive. For the rear brakes there is 152mm drum brake, internal expansion type, though I’d have preferred a rear disk brake for a bike of this size and enormity of power.

The brakes are so damn responsive that, once I almost ran over a little girl, who all of a sudden ran onto the road to pick up her fallen toy. But the brakes, applied at that instant, stopped the beast cruising at 60kmph almost instantly and the bike didn’t skid. It stood its place like the Rock of Gibraltar! 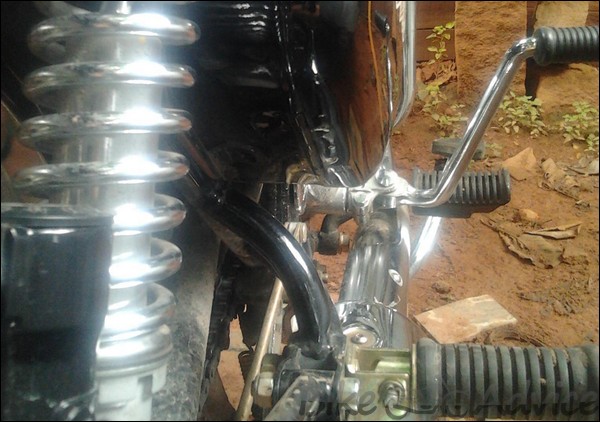 The bike uses a 19” tyre at the front and an 18” tyre at the rear. Both are MRF Nylogrip Zappers. The tyres make the bike feel planted on the road. The rear tyre, especially, is the real heart throb as it looks great on the bike and gives that bit of extra grip to the bike when compared with the other RE siblings!

The Classic 350 is a mighty heavy bike for a person who’s graduating from a Japanese plastic bike. It tips the scale at over 182 kilograms (dead weight). Even if it feels heavy for a person to push the bike around, it’s great for a person riding it. It never feels heavy once the bike starts moving. It gives the rider that extra bit of confidence by giving a feel of being planted onto the road.

It’s quite tough to handle this heavyweighter in rush hours and slow moving traffic. The gear feels a bit hard and has a lot of false neutrals. Sometimes, I’ve literally hammered the gear with my legs to change it. I hope it’ll change for the better after the second service (got better after first service). So, as I’ve said before, it takes time for a person to learn the “art of riding the beast”. But, once you make yourself familiar with the art, it feels like heaven to ride this bike. 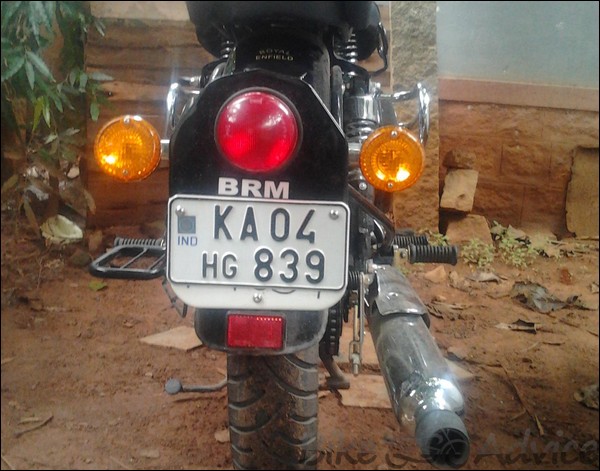 Seating is truly comfortable for the rider. With the seat having extra chrome plated springs, it greatly enhances the comfort and acts as a secondary shock absorber. It also adds on the overall look of the bike. But the pillion seat is not very comfortable as in other RE’s. It’s too small for a person of a medium and heavy build. A wider rear seat will solve the problem.

“A diehard bulleteer will not look at the mileage of an RE. It is the passion and the love for the bike which makes one own an RE. Those looking for mileage aspects should go and settle for smaller, fuel efficient, Japanese bikes.” – RE fans of the old school. But, for an environmentally conscious person like me, a new age diehard bulleteer, mileage of a bike greatly matters. 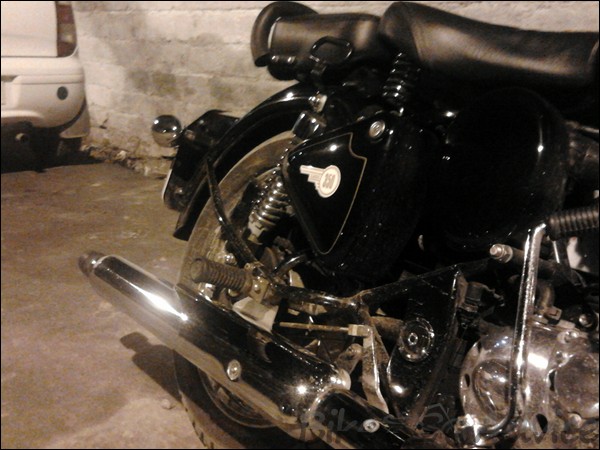 Economy side apart, cleaner and greener technology adaption is a must these days to slow down, if not stop, further degradation of our precious environment. So I consciously went in for a bike which delivered a good mileage with no compromise in power. My RE Classic 350 delivered an abysmal 32.5kmpl for the first 500kms. I was disappointed!

This was due to a leak in the petrol tap which was found out by my friend later. The first service didn’t help as the leakage wasn’t stopped. Another visit to the service centre stopped the leakage and the beast delivered a happy 42kmpl. Another round of manual reading and confining myself to the gear: speed ratio mentioned in it, the beast delivered a fantastic 45.5kmpl. Expecting more from this environmentally conscious, greener and cleaner new age bullet as it matures and munches more miles.

Problems I encountered on this bike till now

What made me fall in love with this bike?