Hey this is Rajorshi from Kolkata, I am a bike lover just 4 years back I didn’t like bikes but now I love em. This love increased even more after I learned to ride em in class 11, I have been introduced to bike riding very recently, what I mean is that am riding bikes regularly since last year only. This is the story of how we (I will tell you a little later who my friend is) became friends. 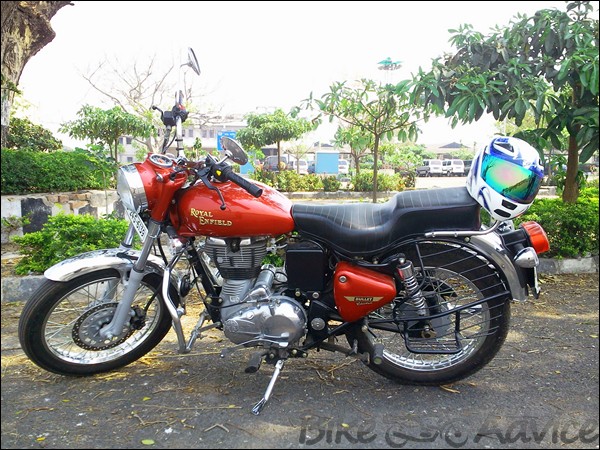 It’s one fine night; I was going to my tuition class with my father. Half way through he suddenly announced that he will buy a new bike. I was shocked to hear such a nice thing. Then father told that actually he was supposed to go book the bike that morning but due to his illness he couldn’t go.

I was very curious to know what was the bike of his choice but sadly he did not tell me then, so in tuition class no physics went into my head I was thinking and thinking Karizma, Pulsar 220, ZMR what can it be, then that night I forced my dad to tell what was going on in his mind and after a short pause he said that he will book a bullet!

For a second all my excitement went down, but after a while I remembered my childhood days on my father’s old bullet (a red standard model) I use to sit at the front and enjoy the view and the best part was its sound so I got excited again and I said when are you booking it?

I will also come with you & he said Ok which elevated my excitement even more, then I gave him the news of our parent’s teacher meeting to be held at school and he told that after the meeting we will book but if my results weren’t good then everything will be cancelled. 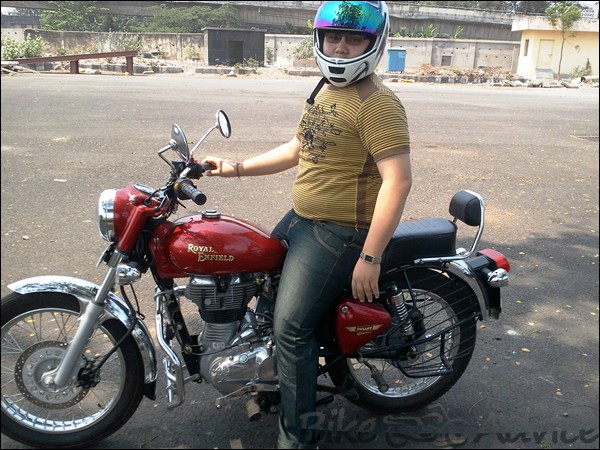 Then the day arrived and after my father saw I did significantly well in comparison to last time he was happy and then after returning we went to the Royal Enfield showroom. [At the showroom] there were three beast (Classic 500, Thunderbird, Electra) and three minions (salesmen).

Days passed on and I was growing impatient and to my surprise on fourth week from booking we got a call from the showroom that our bike has arrived and we can come for delivery after one day (they called on Saturday and Sunday was closed) I was overexcited and I could not wait to take the bike. Dad told after I return from school we can go take the bike.

All the while in the school I was impatient. But then the school had to get over and so it did and I rushed to my car and I told my driver to rush to the showroom (my father was supposed to reach there before me and so he did). I reached and saw the red Royal Enfield Bullet Electra 350 standing in front of me. It was ready for delivery. 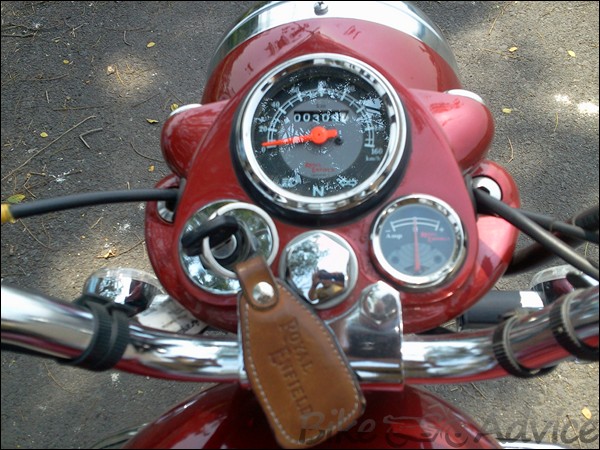 I got it started after a while (I had to wait for a while as it was their lunch time) but I was shocked to hear the sound it was so minimal, so I asked the sales guy why is its sound so minimalistic and different from the Classic350 then he told that classic series use different silencers (optional fitment).

Next day after returning from school I gave my first trial with the bike and boy oh boy it was an awesome feeling, though I couldn’t ride it properly, but that evening I tried it once more and voila! I could ride it with ease. There after I started living with this beast of a friend phew, there’s my long story but here’s my review of the bike.

Well what can I say it’s all understated retro styling though the classic is a true blue retro but this isn’t less either. Not all love it at first sight but surely its design grows on you. Every day you pass with it you appreciate it more and more.

There are oodles of chrome thrown here and there even the engine gets a bit of chrome. The chrome rear suspension looks good to my eyes. The sari guard is blackened. Overall the bike is a decent looking one.

Quality and Fit and Finish 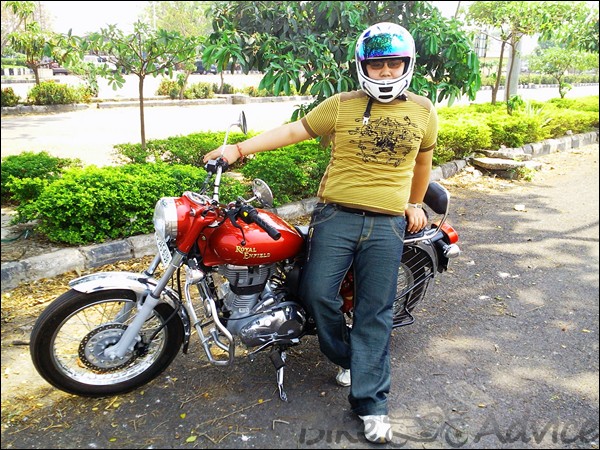 The fitting of the parts is not up to the mark. The pedal on the left side was comes out frequently. Recently the silencer covering has loosened very dangerously. There are these niggling issues otherwise there’s not much to complain about. 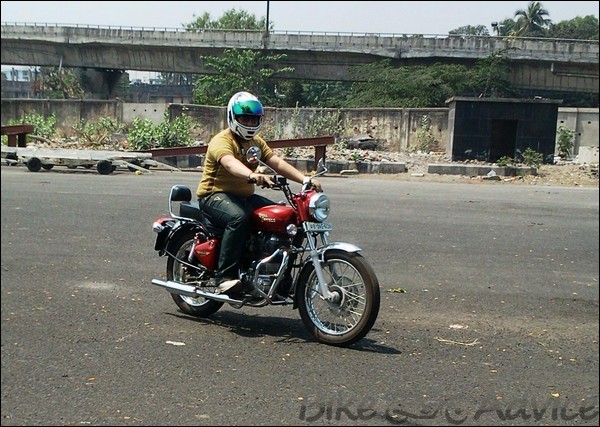 The ride is very good. It feels like its sailing over the road. It’s a ship on wheels. Sorry for exaggerating too much but yes the ride quality is really good. It would have been better if they had supplied it with an adjustable suspension at least at the rear. Handling is not sharp and agile but good for such a heavy bike. 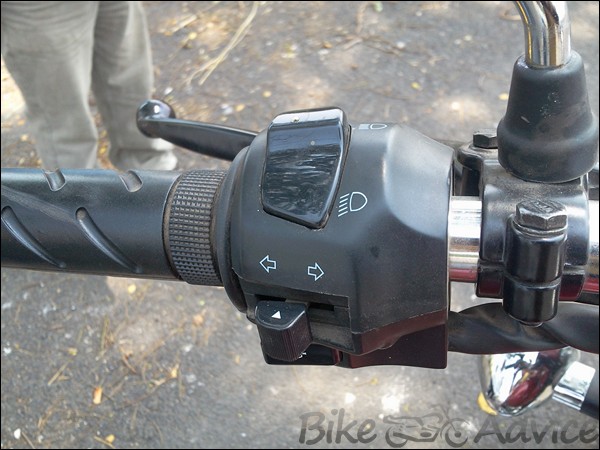 All weight disappears when on the run and though one cannot cut sharp corners with it but still it delights as a good handler. “Though sometimes it tends to go towards left when braked hard” (am I the only one facing this issue. The workers at the service center told its normal. I seriously doubt that). It’s a pain to move about with it in heavy traffic for its heavy weight. 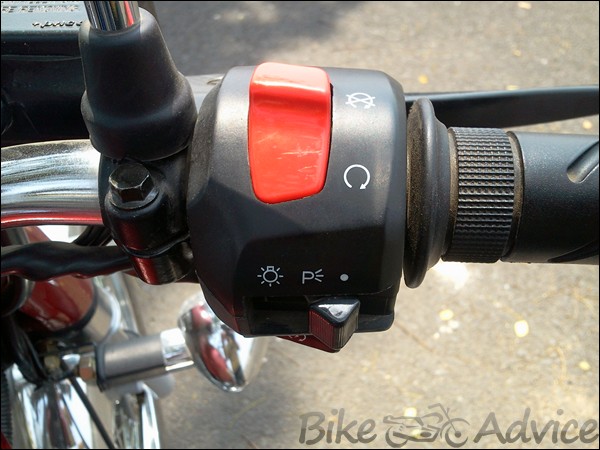 For a cruiser, Bullet Electra got good ride quality if not the best. It’s got just enough handling to go about highways or city streets anyways whose going to take it to the track for those Karizma,Pulsur 220 , R15, Ninja, and the CBR250R are there. 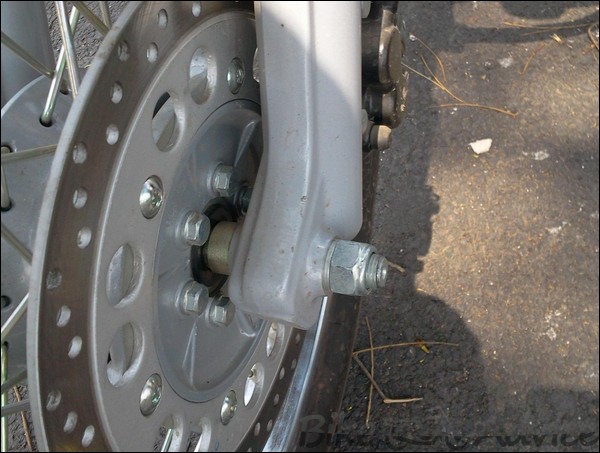 Well it’s got disk at front and big drum (153 mm single lead internal expanding) at rear thereby the result is good braking. Contradictory to what many say i felt the rear brakes are good. The disk is very big at 280mm. It has a bit of a stability issue on hard braking i.e. It lacks straight line stability. Overall braking is good. 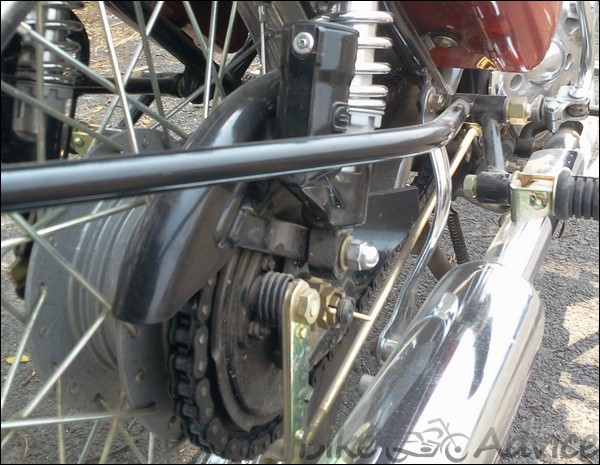 It’s a UCE (Unit Construction Engine) which is much better than the previous generations. Its more reliable now. It also gets twin spark which helps in efficient burning of fuel. But it also has a few shortcomings, its low on torque by as much as 4NM and it has lost that distinct thump though not totally but partially. 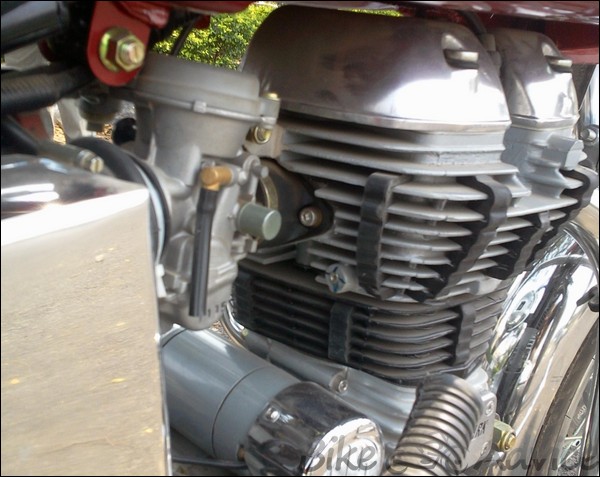 But what’s good is it has almost 2bhp more than the prev gen. And it’s much more agile. It’s a long stroke engine so it does not feel out of breath at any rev range. Overtaking is breezes in any gear just Twist The throttle! It has got a 5 speed gearbox with 1 down 4 up pattern which is absolutely notchy.

Sometimes it’s very difficult to find neutral and there’s lots of false neutral engagement while on the run. The clutch is hard and it can be a pain in heavy traffic. It has got vibrations but very meek ones it does not irritate. Till now I have gone up to 60-70kmph and not more because I have not yet completed 500kms. 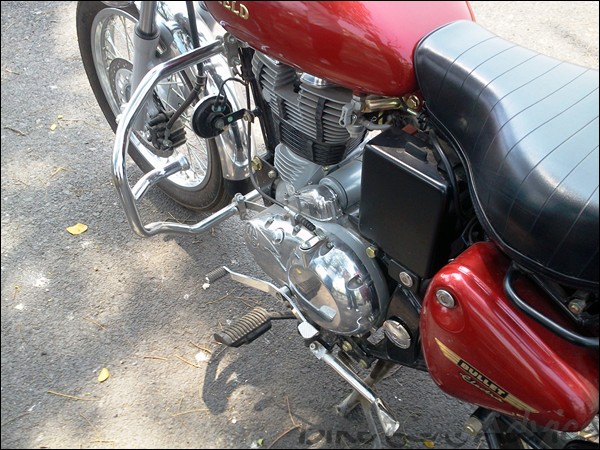 In city it tends to overheat a lot I hope Royal Enfield keeps an option for liquid cooling. In winter mornings it does not start very easily though it does the same even in summer but in winter especially in cold night it stops sometimes and then it has to be restarted though this does not happen if its revved for a min or so.

It provides two 12v batteries one for electric start and the other for equipments. It’s got 35watt headlight which has good throw but a 55watt would have been great. The electric start is a boon for this bike cause sometimes kicking does not help. Though I could never start it at the first press of the button but my father can (I don’t have any explanation for it).

The biggest deciding factor for an Indian buyer is mileage. Well there’s a saying Bullet chalaney waley mileage nehi dekte i.e. Bulleteers don’t care about mileage and so do I. No not even for curiosity have I checked the mileage so sorry guys can’t give any update on this.

It’s a dream bike for many but because of its high ownership cost people don’t go by it but with the intro of the new engine there’s an increase in demand because this is much more reliable. What it does is. It separates the Men from the Boys! If you want speed, superior handling and show off then go for a sports bike (which even I want) but if you want royalty then go for Royal Enfield Bullet Electra 350. Enfields are a class apart! 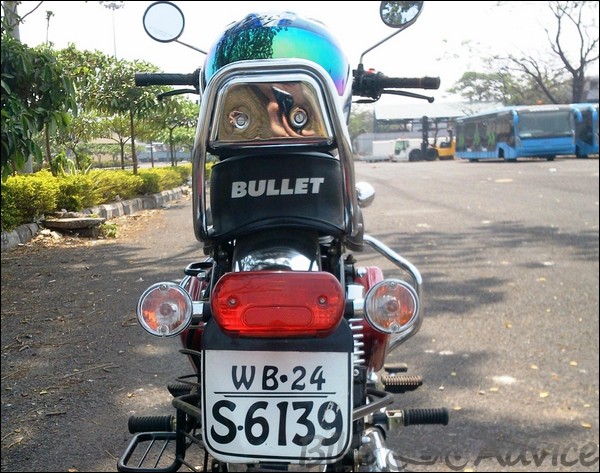 I’ve had no major problems as such other than loosening of parts and sometimes the engine use to stop on the move but that has been taken care of. It was due to loosening of the spark plug due to vibrations.