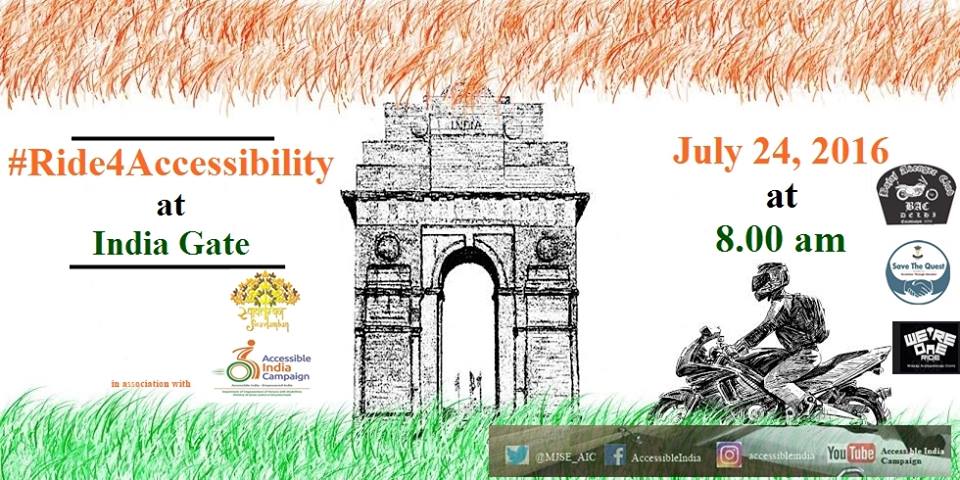 The Department of Empowerment of Persons with Disabilities, is going to conduct a motorcycle rally on July 24, 2016 in support of making India a disability friendly nation. Called ‘Ride 4 Accessibility’, it is being supported by various local biking groups. Notable dignitaries include Dr Harsh Vardhan, Minister for Science and Technology and Earth sciences, Mr Prakash Javadekar, Minister for Human Resource Development and Mr Thaawarchand Gehlot, Minister for Social Justice and Empowerment.

The rally will also see joggers and cyclists lending their support to the noble cause. The flag off  by dignitaries is slated from India Gate and is expected to include around 500 men and women. Before reaching India Gate riders will start from three different locations. 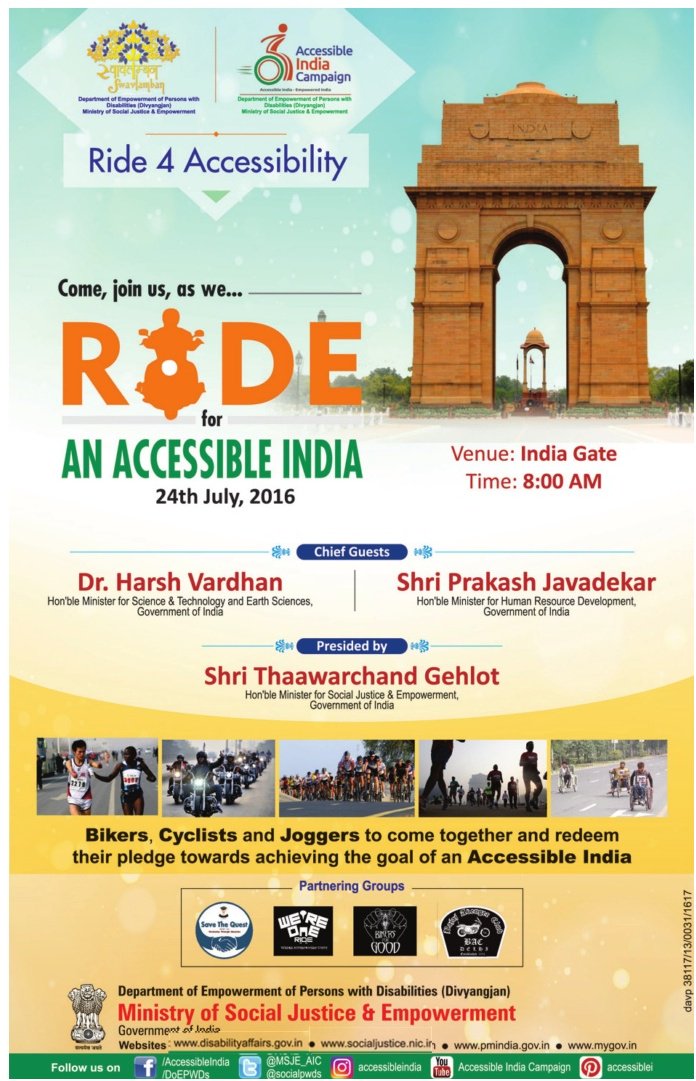 These assembly points include South Extension Part 2, Khanna Market and GD Goenka School, and will pass through various parts of Delhi. Several celebrities from the world of Bollywood and Sports are expected to be present, boosting the morale of the participants.

This motorcycle rally is a part of the Accessible India Campaign (Sugamya Bharat Abhiyan) by which the Department of Empowerment of Persons with Disabilities is trying to make the day to day life easier. Easy accessibility to public transport, government buildings, libraries and other places is the key motive behind the programme.

The campaign will also be supported street plays and cultural programmes.