The distinct thump of a Bullet’s cast-iron engine or the roar of a two-stroke Yezdi or Jawa is becoming increasingly common in the city as bike enthusiasts seem to be going back to these retro machines that once ruled the city’s thoroughfares. 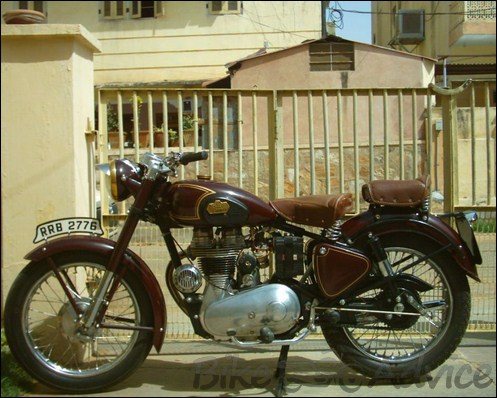 Maybe it’s the reassuring sound of the engines or just the sturdy old-school design, but the increase in demand for these motorcycles has resulted in a considerable increase in price of these phased-out machines. For some retro bike lovers, this hike in price is bad news. Nikhil G.K., who has been vying for a Royal Enfield Bullet for the last one year, says: “I wanted to buy a nice old Bullet. But the cost has gone out of hand. People are quoting more than Rs. 50,000 for 15-year-old machines, which is too much.”

Mechanics specializing in these bikes point out that the limited availability of such bikes in the market has led to the price hike. The fact that bikes such as the Jawa 250 now come under the vintage and classic category has also led to high seller quotes.

This is interesting piece of news article was recently published in ‘The Hindu’.