According to Yahoo. PSUs are considering another round of petrol price hike as losses have mounted to Rs.3 per liter of petrol sold as prices of crude have gone on to hit $109.37 a barrel on Monday from an average of $107.24 in August end. 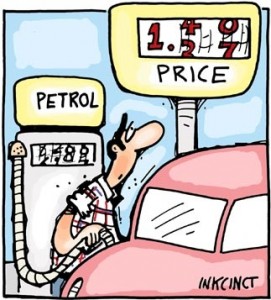 Since its deregulation, Petrol has been rising at the speed of light! Prices have increased many times since last June (when it was deregulated) and the current price at most places is approximately 50% over the price before deregulation. A shocker came in May this year when petrol was hiked by Rs.5 per liter in one of the steepest hikes ever.

The decision about the exact magnitude would be made soon and prices might come into effect this month itself. Ironically, it’s not our government or an Indian body which decides the prices of fuel as most people feel it is. They are directly dependent on world crude prices and fluctuate accordingly.

What do you think can the government do to curb this steep climb of Petrol prices?