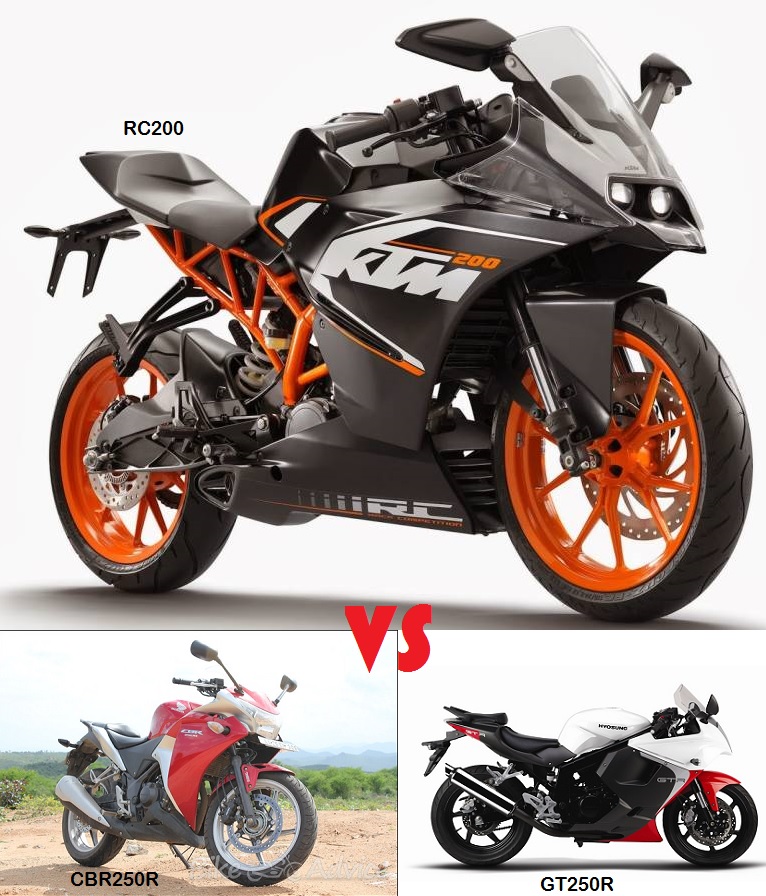 The launch of the RC200 is surely going to hurt a lot of players, ranging from Japanese pocket refiner to a certain quarter litre South Korean! 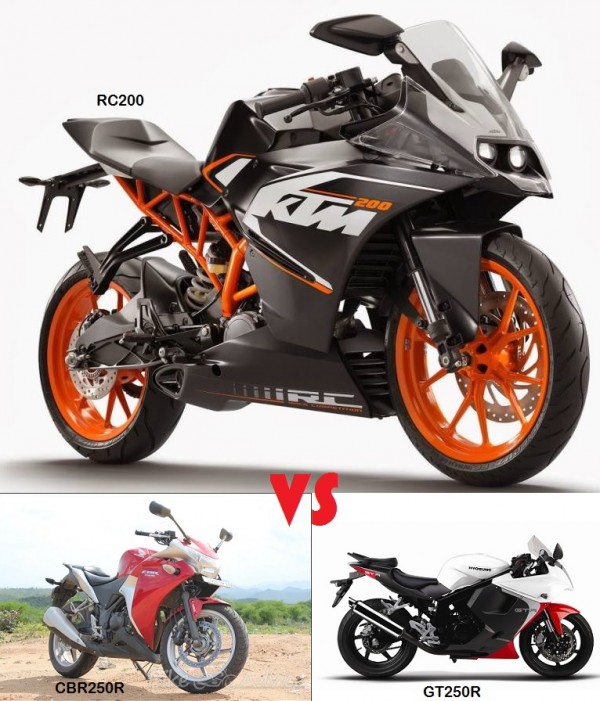 Here is a quick comparison between the Honda CBR 250R, KTM RC 200 and Hyosung GT250R giving you the perfect idea of what we mean.

Yes the RC200 might seem slower on paper as its power and torque figures are the lowest of the lot, it must be borne in mind that it is the smallest engine out here. It is also the lightest of all! In fact, even when it is fully loaded with fuel, it weighs just 155kg, which would still be less than what the competition weighs when dry! This difference does matter a lot as it will allow the RC200 to have a better power to weight ratio. The numbers though might just start talking when the discussion comes to the top speed and we can expect the Hyosung to score more points. 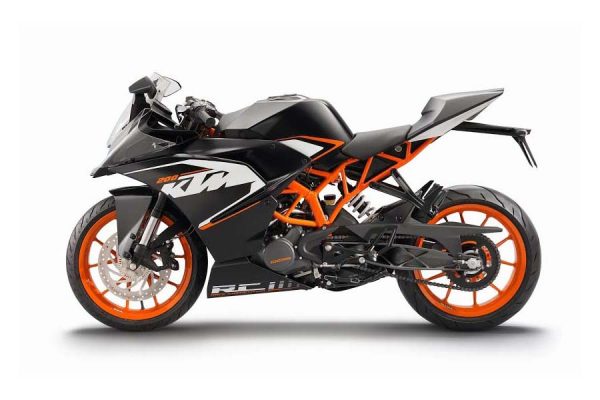 A major thing where the KTM lags behind is the fuel capacity. Just 10L! A major problem indeed, as it significantly reduces its range. Yes, another factor which cannot be written off is that the Hyosung is the only bike in this comparison which is a twin cylinder. No matter how good a mono cylinder is, it cannot beat the pleasure of a twin.

In terms of looks, the CBR250R is the most staid looking motorcycle here, GT250R looks big for a 250cc but the RC200 does look the freshest of the lot.

However, unlike the RC390, which topples anything from 250cc to 400ccs, specially when it comes to the price vs power ratio, the difference is not so significant with the RC200 sibling.