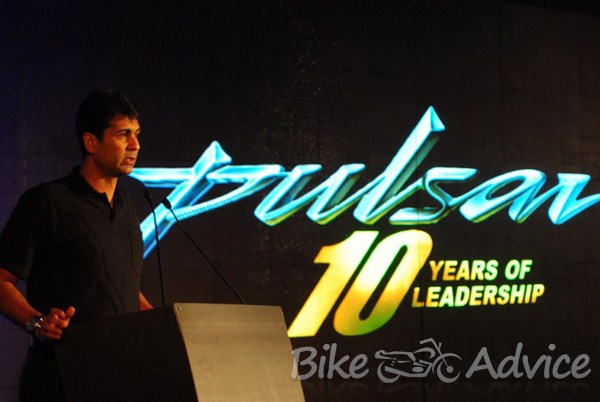 Pulsar first crossed a million mark in the year 2006. In three years period, it added another 2 million and crossed 3 million mark in the year 2009. In the year 2010 it crossed 4 million mark.  It took some time for Pulsar to cross five million mark as there is recent fall in the market size of performance segment.  The segment shrinks from 18% to 15% of total motorcycle sales.  However, with the launch of next generation Pulsar, we may see Pulsar brand growing in double digit pace with crossing a million plus sales in financial year 2012-13. Pulsar is currently exported to more than 30 countries.

Crossing five million mark is really tough job and that can be understood that Splendor, which is mass market motorcycle took ten years to cross five million mark. Pulsar range is available from 135cc to 220cc and Bajaj Auto is planning to launch bigger version of Pulsar in the next year. The way Pulsar is growing it will surely cross 10 million units mark in upcoming years.