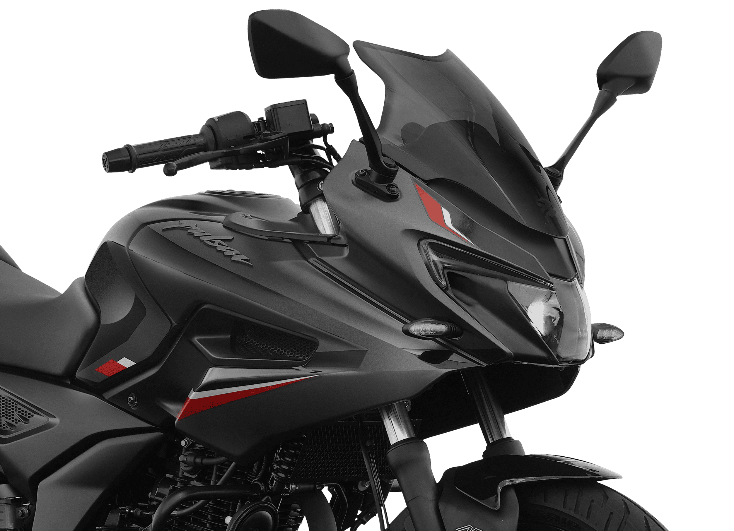 Pulsar 250 dual ABS price is upto Rs 7000 more than the standard variants. The standard single-channel ABS variants continue to be on sale…

Bikers were a little disappointed when Bajaj announced the biggest Pulsar 250 with single channel ABS. Many of them contested that even the smaller (but costlier) Pulsar RS200 comes with a dual channel unit then why did Bajaj opt for a lesser unit on the quarter liter Pulsar.

Nonetheless, Bajaj has listened to their demands and has now added a special model in the line-up. It comes with two changes –

It must be noted that the dual-channel and single channel ABS variants of the recently launched Pulsar N160 have slight differences in these above mentioned departments.

The black color is called as Glossy Brooklyn Black and also has a black matte tone along with a fe contrast graphics in red/white. Rest of the set-up, including the engine, exhaust, alloys, foot-pegs are all painted black.

In its press note, both the models are surprisingly tagged at the same price. This means that for all the changes, Bajaj is charging a premium of Rs 5000 on the semi-faired version and about Rs 7000 on the naked trim.

Rest of the feature set and specs remain the same. Bajaj has also clarified that the single-channel ABS model will continue to be on sale in the existing shades.

You can check out our review of Pulsar 250 below..