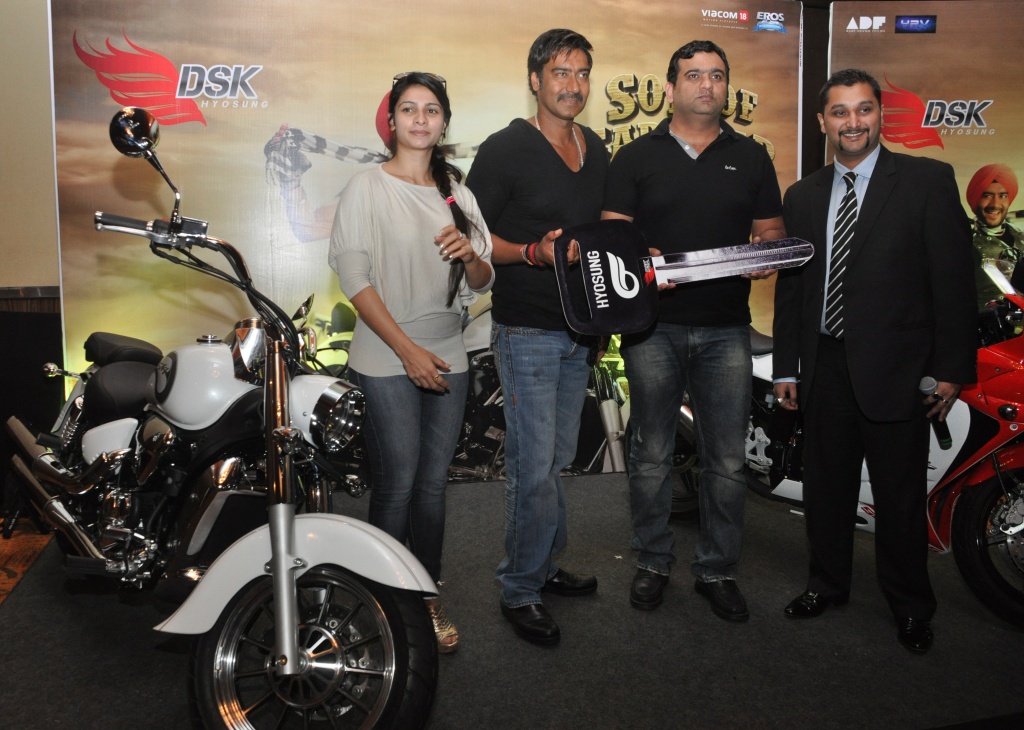 Back in November, DSK Motowheels launched the “Picture Dekho Bike Jeeto” contest wherein winners were to win some cool stuff along with Hyosung’s GT250R and ST7 bikes.

The announcement were to be made on 19th and 20th November but for some reason, the results got delayed. However, we have the official word out and the winners are:

The winners were presented with these masculine macho bikes in a grand event held in Mumbai this week. As promised, keys of both the bikes were handed over to Randeep and Sandeep by Bollywood superstar and lead actor of the movie Son of Sardar, Ajay Devgan himself along with Mr. Shirish Kulkarni, Director of DSK Motowheels. 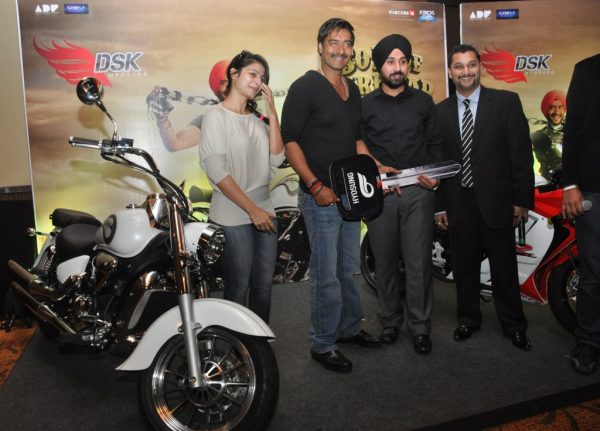 Picture Dekho Bike Jeeto was a national level promotional campaign initiated by DSK Motowheels wherein, users just needed to watch the movie ‘Son of Sardar’ and SMS on a particular number to enter in a lucky draw.