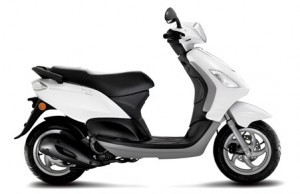 Piaggio after a long phase of dormancy brought back its Vespa branded scooters back to the Indian market. Although the scooter was offered as a premium lifestyle product, a segment that is not much sought after till now among the Indian consumers, the Vespa 125 tasted a fair amount of success with Piaggio selling decent volumes. Now after having tasted some success in 2 wheelers, Piaggio is aiming to launch another similar gearless type scooter in the Indian market. Of course, this scooter will not be sporting the Vespa badge making it much cheaper than the LX 125.

It is also rumored that this new gearless scooter might be named Piaggio Fly or Flyer. It will directly go head to head with established products like the number 1 selling Honda Activa, the Suzuki Swish and the Mahindra Duro DZ and will have an expected price tag in the range of Rs. 50,000 to 55,000. This new 2 wheeler will be sporting the same 125 cc engine as seen in the Vespa LX125. Piaggio is focusing specifically on this segment because of significant growth witnessed in the segment in the last year. In financial year 2011-12, the Rs 50,000-to-Rs 55,000 scooter segment has grown by 24.5 %. 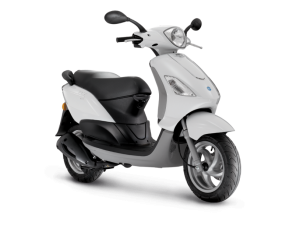 Although, the engine displacement might be similar, however the company will be tuning it for better fuel efficiency. The 125cc engine on the Vespa LX125 provides 10.06 PS of power and 10.06 NM of torque. There are also rumors that this vehicle is already in its final stages of production and should hit the showrooms by next month. The company is anticipating huge demands and is in process of doubling dealerships to 100 in the next couple of months. In terms of styling, it is also said that the new scooter will feature a sporty and trendy styling on the lines of the Honda Dio and the Yamaha Ray that were recently launched. It will also have telescopic forks up front and hydraulic shock absorbers in the rear. Remaining details still remain sketchy at this point and is expected to get unraveled as time unfolds.