It was in Milan at the EICMA 2012, the first ever Aprilia Caponord 1200 was showcased to the rest of the world. The Caponord 1200 now has hit Indian shores via bookings that are officially open in their official Pune Outlet. Although Aprilia plays a very silent role in India when it comes to marketing their products, nevertheless they still have managed to bring down the Caponord 1200 in the same subtle way as they managed to bring their other products. 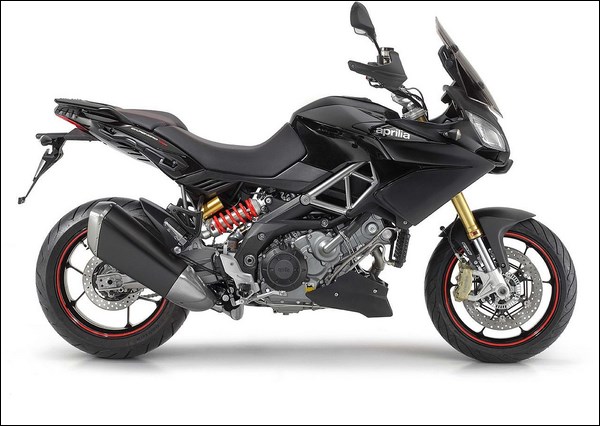 The Caponord 1200 being an adventure bike from Aprilia stable was introduced aiming to slash the sales figures of the legendary BMW R1200 GS Adventure, Ducati Multistrada, Yamaha Super Tenere and the Triumph Tiger. As the bike was revealed in EICMA 2012, it made sense that it was made more for the road which can directly go head on head with Ducati Mutlistrada leaving others to carry out what they do.

The Caponord 1200 has gone through tormenting wind tunnel testing to ensure the wind resistance remains minimal at high speed blasts even with the panniers mounted which were considered as an integral part of the design with ergonomics in mind. As a result the bike looks stunning in the looks department offering oodles of technological features yet manages to be compact in dimensions.

The Caponord 1200 is powered with a 90-degree V-Twin from the Aprilia’s Dorsoduro 1200 and shares the same basis chassis with a revised geometry for daily use. The Bigger engine in the 1200 compared to its 998cc predecessor gives the new model a gain of 30 hp over its smaller sibling Further the Caponord 1200 comes with ABS, ATC (Aprilia Traction Control), APRC (Aprilia Performance Ride Control) and a host of other features which are Aprilia’s patented own technologies. The Highlights of the bike are the Cruise control and ADD (Aprilia Dynamic Damping System) that works by reading the data from the sensors attached to the wheel and automatically adjusting the damping settings on the fly.