Piaggio seems to be all set to bring in the Vespa range of scooters.  Vespa is a brand that is very synonymous with scooters in India. They are known for their styling and I can still remember the days when it was considered to be prestigious owning a Vespa. 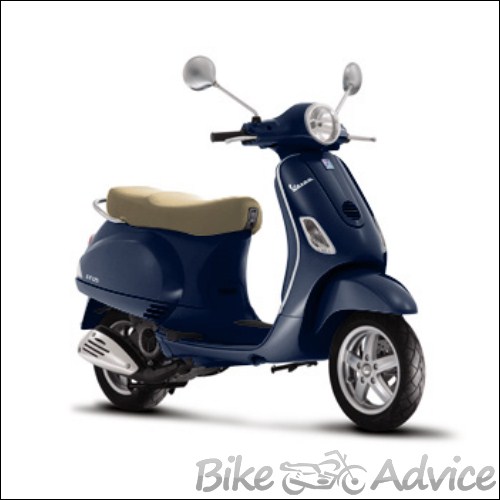 As we had mentioned in a few write ups some point of time earlier, Piaggio will most probably be displacing the all new Vespa 125 in the 2012 Delhi Auto Expo.  This Italian Auto-Maker has now become ready to increase its production capacity from the present 1.5 lakh units to a whooping 3 lakh units.

The price of the Vespa 125 will be around INR 60,000 which is pretty expensive for a scooter. But the company has presently decided to concentrate only on the upper segment market and not the entry level one.

Mr. Ravi Chopra, Chairman and Managing Director, Piaggio India said, “We see a tremendous opportunity for a range of scooters since this a market which is growing. So, we will double our scooter production capacities from 1.5 lakh annually, which is for the Vespa, to 3 lakh per annum by the first half of 2013 to produce this range of scooters. We also see growth in upper end of the motorcycle market, in the executive and premium segments rather than in the entry or economy segment. Therefore, we are evaluating the feasibility of bringing in our upper end bikes, keeping in mind growth in this segment.”

The scooter will most likely hit the roads son after the auto expo, might be by the March 2012 itself. This is possible because of the fact that the company will commence production by the end of this year onwards. The investment that will be pumped to increase the manufacturing capacity is gonna be 30 million Euro.

As I was working for a project, I found that the birth of Vespa brand very interesting and here I share it with you.

In the year 1944, two Engineers from Piaggio, Renzo Spolti and Vittorio Casini designed a motorcycle for the company with bodywork which fully enclosed the drive-train and forming a tall splash guard at the front. In addition to the bodywork, the design included handlebar mounted controls, forced air cooling, wheels of small diameter, and a tall central section that had to be straddled. Officially known as the MP5 (“Moto Piaggio no. 5”), the prototype was nicknamed “Paperino”.

But, Enrico Piaggio (the son of Piaggio’s founder Rinaldo Piaggio) was displeased with the MP5 that was built, especially with its tall central section. He contracted an aeronautical engineer Corradino D’Ascanio, to redesign the scooter that was built by the in house engineers.

D’Ascanio then developed the MP6 prototype which had its engine mounted beside the rear wheel. The MP6 design also included a single sided front suspension, interchangeable front and rear wheels mounted on stub axles, and a spare wheel. Other features of the MP6 were similar to those on the Paperino, including the handlebar-mounted controls and the enclosed bodywork with the tall front splash guard.

Upon seeing the MP6 for the first time Enrico Piaggio exclaimed: “Sembra una vespa!” which means “It resembles a wasp!” and that’s the way the name Vespa came into being. Piaggio named this new scooter on the spot. Vespa means Wasp in both Latin and Italian The name also refers to the high-pitched noise of the two-stroke engine.

The scooter segment in India is indeed a fast growing one. Let’s wait for a feew more months to see how Vespa performs in India after its re-entry.