Dear BikeAdvice Readers, on September 5 I announced a ownership review contest and the winners were to be announced today. I am extending the contest deadline from September 30th to October 15th and the Winner will be announced on October 20th. The changes are due to following reasons:

In this contest, the criteria was that the article with the maximum number of comments will win. Some people expressed their concern that it is easy to manipulate it by leaving comments themselves. I agree that it is a possibility but I personally approve each comments and if it does not look genuine, I delete it.

However I would also like to let you know that if an article is exceptionally good in my opinion and the difference between the comment numbers is not much, I may not just stick to the comment numbers in choosing the winner because articles which were submitted on a later date have lesser chance of getting more comments. From the next contest onwards, we will have different, new and more sophisticated rules. 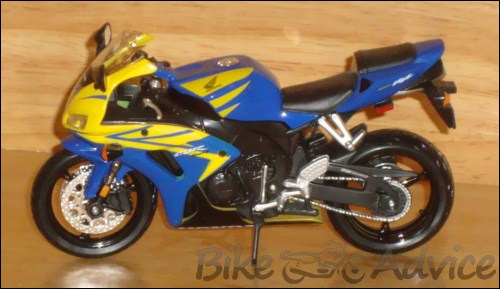 Rules of the contest:

The contest ends on October 15th and the winner will be announced on October 20th. We will send this toy bike (Honda CBR1000RR) to you via courier. All the best!