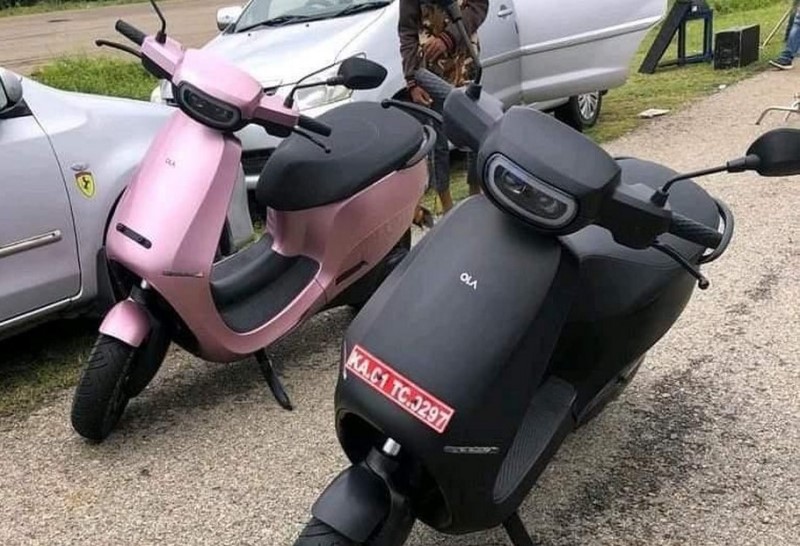 Ola electric has officially kickstarted the bookings for its hyped electric scooter which is likely to be called as Series S. It also clearly indicates that the scooter may release in the coming weeks.

CEO of Ola Electric Bhavish Aggarwal says that there had been heavy traffic on the booking portal. It was surprisingly unexpected. This led to technical issues for some users while booking. Now, tech snags have been fixed and the booking window is still open.

Ola is yet to disclose the power figures and other technical specs of the Series S scooter. Though there are a few live videos of the electric scooter in action.

Yesterday, we shared the patent files that mentioned the possible name and variants of the electric scooter – OLA S1, and S1 Pro.

Also, some images are making rounds on the internet that reveal two new colors of the upcoming scooter, apart from black. Probably the scoots were out for a commercial shoot. We can confirm that the electric scooter from OLA will be coming in at least three colors, matte black, blue, and pink.

Also, the EV is equipped with a fully digital, large, and colored instrument panel. The electromotive brand claims that this upcoming electric scooter offers great traction and easy handling and has many best-in-class features.

It is also offering a spacious boot that can store two helmets in it. Also, from the pictures of the scooter, it is confirmed that it will have an LED lighting setup, apart from Bluetooth connectivity.

Like other electric two-wheelers, the OLA series S will, most probably, provide a smartphone application that will connect the phone with the scooter. This will allow riders to know their ride history and keep track of the battery status.

Its range, charging time, battery capacity and most importantly its price will be revealed in the weeks/days to come. However, Ola has, multiple times, said that its upcoming scooter will be ‘attractively’ priced!

The Ola Series S, if it indeed gets that tag, will rival Bajaj Chetak, Ather 450X, TVS iQube and others.

Ola has been creating hype about its scooter for months now. Let’s see how it lives up to the hype and competes in the EV market that is seeing cut-throat competition in recent days.