In an official communication, Honda Motorcycles & Scooter India (HMSI) has revealed a bit of details on its upcoming Auto Expo 2014 plans which is barely a few days away. 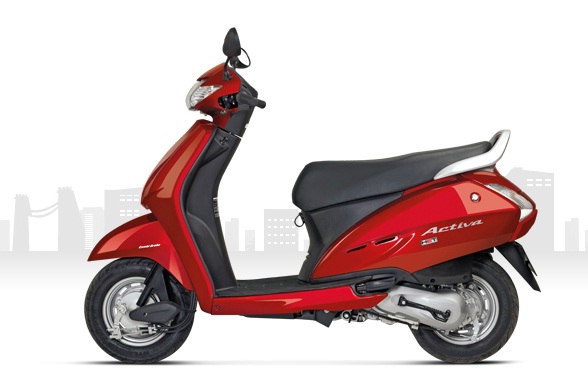 First up, Honda says that they will have the largest exhibition area among all other motorcycle pavilions at the Delhi Auto Expo. If that did not generate interest, they have officially announced that the company will showcase an all-new scooter with a full stop after that.

They have not revealed any further details of the scooter like its capacity, its expected launch period etc. The term ‘All-New’ keeps us in a little tizzy and as we understand it may not be any model from their international model line up and instead, it may just be a new ‘grounds-up’ project for India.

As has been in the news for sometime, this ‘all-new’ scooter is the 125cc scooter that Honda is expected to launch in the Indian market and the one which has been made famous under the name of ‘Activa 125’! Obviously, Honda will use some other brand name for it and when it comes to our market we expect it to be another rock solid product from their stables which will, first take precedence and then shake up the 125cc market which is currently dominated by Suzuki’s Access.

*Honda is also expected to showcase this new CBR 300R

Honda has also announced that they will showcase various new motorcycles at the Auto Expo without divulging any further information on them. We remember how Honda, without any prior intimation, surprised everyone with the launch of CBR150R at the 2012 Auto Expo. Shall we expect a similar sweet little surprise again..?