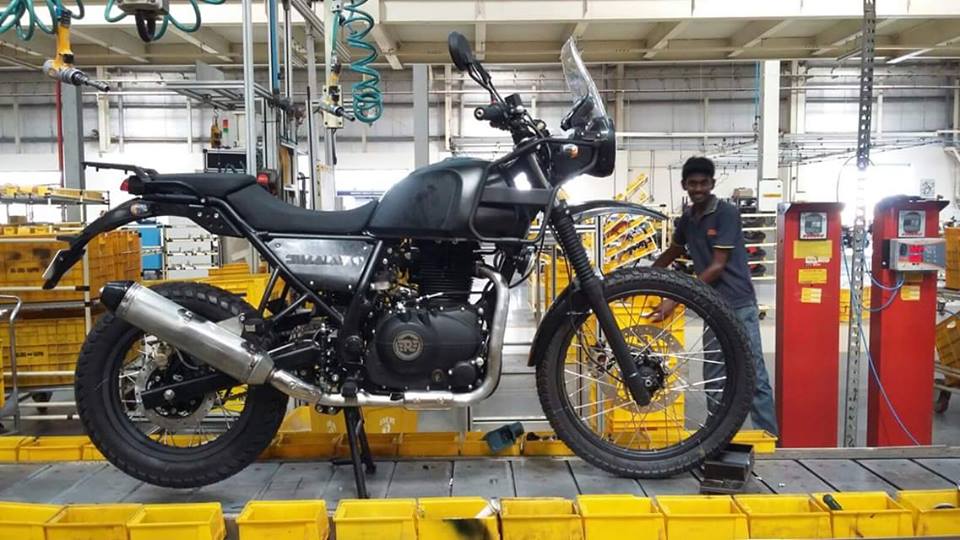 Royal Enfield is a niche motorcycle manufacturer and after venturing into Cafe Racers (with Continental GT in 2013), their next venture is an all-new Adventure Tourer which, we all know, will be called as Himalayan!

The bike, which has been seen across the internet in various spy shots, has been spotted inside company’s premises. However, it is still not a complete production-ready motorcycle and appears to be one of mules that have been treading the roads of our country.

Akin to its off-roader image, the front mud guard has been placed high up while the rear license plate holder gets an interesting sporty curve. The front tyre has a larger diameter whereas the rear tyre may end up being the broadest on a Royal Enfield yet. Himalayan gets front and rear disc brakes and a transparent visor over that round headlamp which houses traditional lens.

The engine is expected to be an all-new mono cylinder near 400 cc unit mated to a new double cradle chassis developed with Royal Enfield’s latest acquisition, Harris Performance UK. Even the Continental GT has inputs from Harris Performance which did leave us pretty impressed with the package. 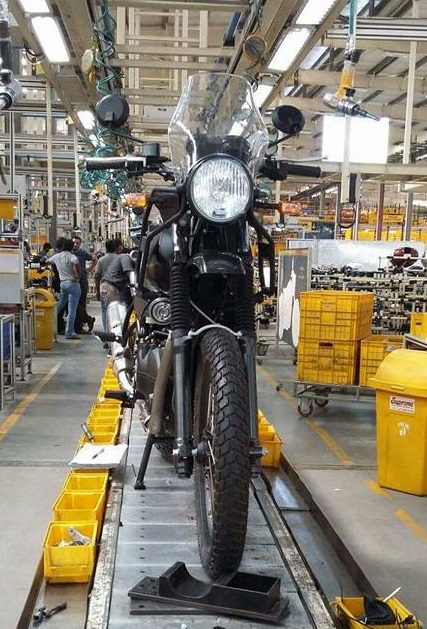 The crank case cover gets the new Royal Enfield logo and a brand name “Himalayan” can be seen inscribed on that side panel. The upswept silver exhaust looks good and reminds us of Pulsar 220s and the frame also carries extensions which will help in carrying extra luggage. 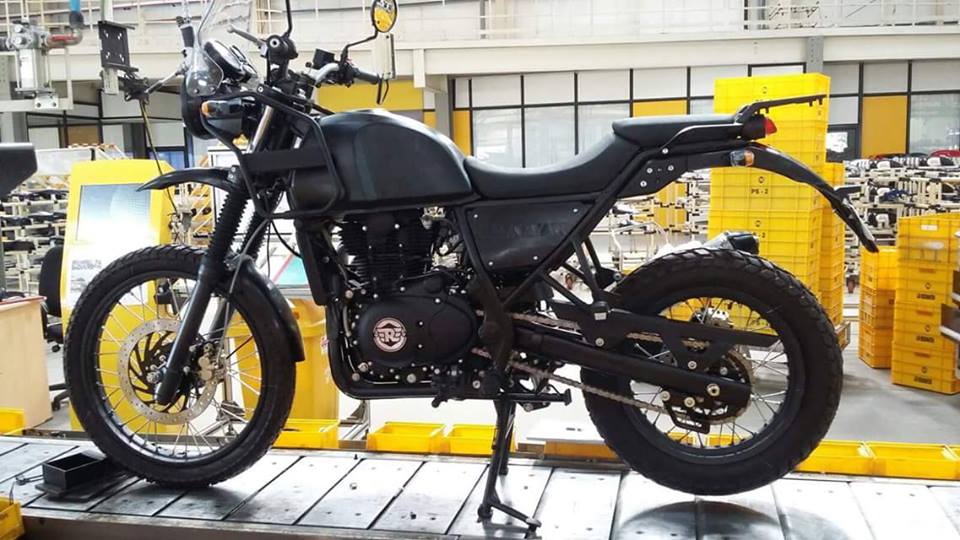 Royal Enfield has time and again confirmed that they will launch new bikes from early next year and hence we believe, the Himalayan is only a next year candidate, however, the company may showcase it earlier to build initial hype.