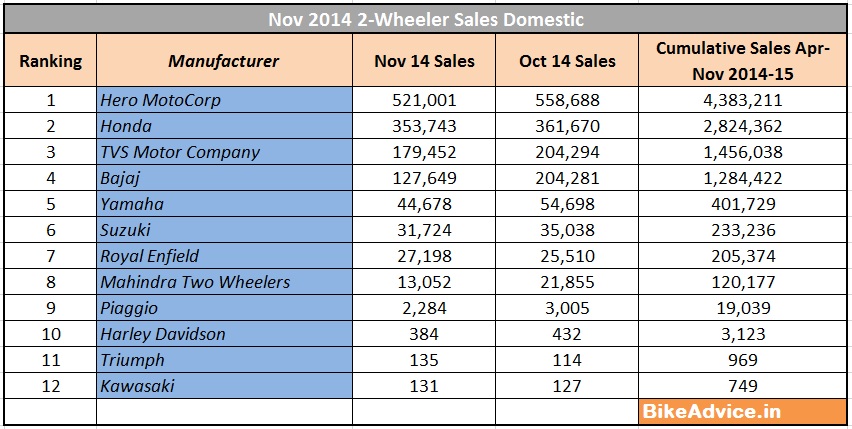 As you have seen, we have made monthly sales a regular point of interest at BikeAdvice. This month also we keep you informed of how many units each manufacturer has sold in India in the 30 days of November 2014. So, here is the list with comparison figures from Oct 2014 as well. 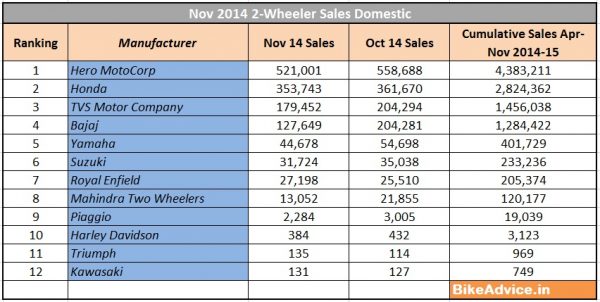 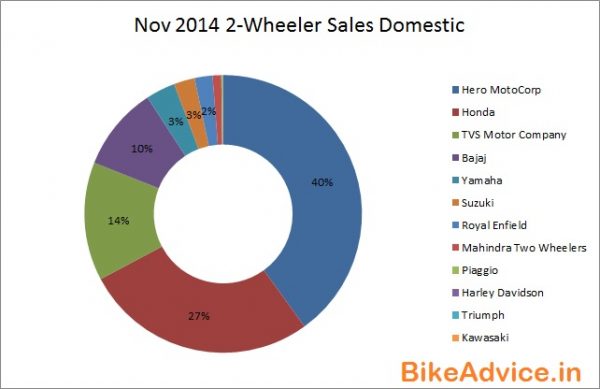