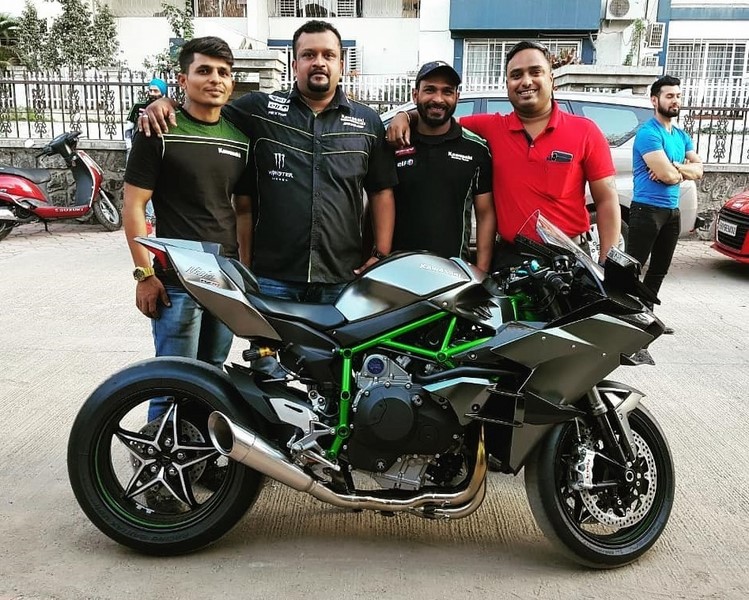 It is true that Kawasaki has stunned the world with their supercharged Ninja H2R. It is the world’s most powerful, commercially available, factory-built, production motorcycle from a major manufacturer.

Anzen Kawasaki, Kawasaki’s authorised dealership in Mumbai has delivered its first H2R in India and it will be the only model which they plan to offer in our market for this year.

H2R produces 326 PS of earth-shattering power (with Ram air) and 164 Nm of maximum torque from the 998cc supercharged in-line four cylinder engine. It is the 2019 model that the new owner has received which gets updates like Brembo’s Stylema monobloc calipers, “Supercharged” emblem on the engine casing and Kawasaki’s new self healing paint.

The flagship model comes with the following electronic rider supports…

Now comes the most interesting part. The motorcycle costs Rs 72 Lakhs, which is more than twice of what the H2 is offered at. And after paying such an amount the rider can not ride it on our public roads because H2R is NOT road legal! It can only be ridden on private roads or racing tracks!

Moreover, H2R’s service intervals are measured in hours and not in days/months. For example, the first service needs to be performed within 15 hours of usage!