MV Agusta, the Italian Superbike manufacturer who is quite famous for the hand made exotics that infuse Style and Substance has announced that the all new 800cc MV Agusta “Rivale” would come into the production line and official release would commence from the second half of 2013. 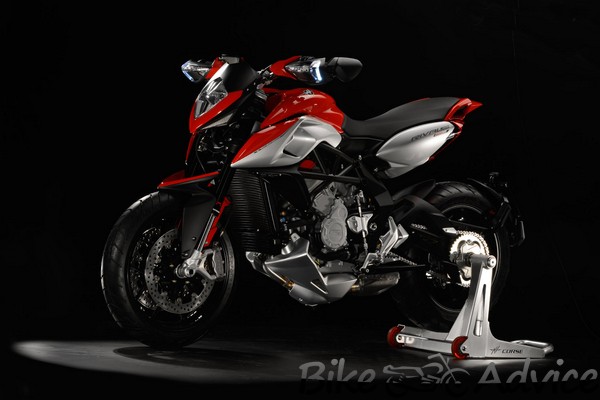 The “Rivale” was first showcased in EICMA 2012 and after a long gap this news has hit the press releases. Although it’s known to everyone around the world that MV Agusta doesn’t stick to their deadlines when it comes to showcasing their product as well as bringing them into the production line as aggressive as their competitors do, the same kind of delay is quite expected in the case of “Rivale” too.

Generally most manufacturers debut their new model in the INTERMOT (International Motorcycle, Scooter and Bicycle Fair) or EICMA (Esposizione Internazionale Ciclo Motociclo e Accessori) shows and bring them in the production line and officially release them in the following year. Where as with MV Agusta’s earned reputation on their showcasing and releasing strategy, it is expected to take much longer than that. This is because of the past lessons learnt from their launch of the MV Agusta F3 which had seen a bit of teasing at the EICMA 2010 and entered production line only by February 2012 disappointing the handful of customers waiting to plunge on their own ones. That too the launched version of the F3 was still not the regular version that the biker fraternity could afford but the more premium version known as the MV Agusta F3 Serie Oro. The history of the late launch was also observed with the case of MV Agusta Brutale 675 which was seen the first time when the pictures leaked were published in the Year 2010 was later showcased a year later at the 2011 EICMA.

However with all these, MV Agusta has still announced that their 800cc “Rivale” would be available from second half of 2013 making things for the prospective buyers exciting. Again when a company creates a reputation of missing deadlines it’s hard for an exotic superbike brand to regain trust that is lost. Hope MV Agusta sticks to their deadlines this time at least.