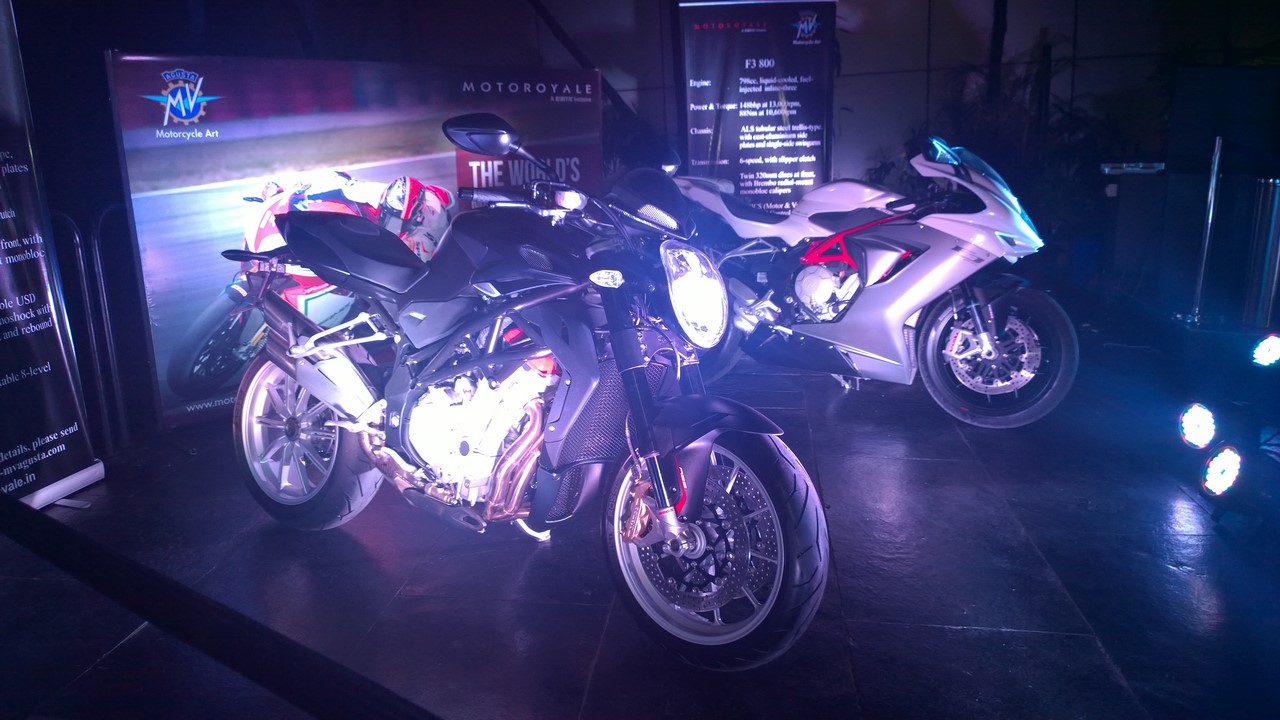 Soft Launched in India in the presence of 200 superbike enthusiasts at Pune’s blueFROG!

Motorcycles are canvases which are filled by manufacturers to liberate the riders from the cacophony of daily life. And if there is one manufacturer which takes this ideology religiously, it has to be MV Agusta. The Italian bike maker has always commanded a prized corner of enthusiasts and now Indians can finally get to own one!

Thanks to the Kinetic Group, which has signed an exclusive agreement with MV Agusta to import and sell their motorcycles in India. At a recent event held in Pune, the new venture, called Motoroyale, unveiled the Brutale 1090 and the F3 800! 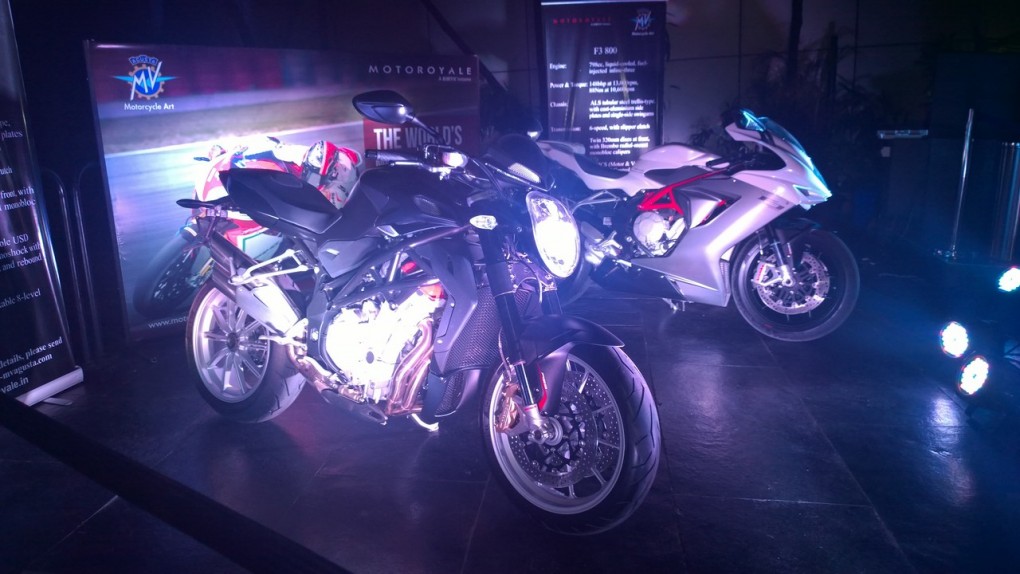 Here’s a short overview of the two motorcycles showcased:

Designed by the legendary Italian bike designer Massimo Tamburini, the Brutale 1090 gets a four cylinder 1,078 cc mill produces 144 horses at 10,300 rpm and a peak torque output of 122 Nm at 8,100 rpm. The electronics include an 8 stage traction control and ABS. The bike has been priced at Rs 17.99 lakhs (ex-showroom, Pune) and has a delivery timeline of 2 to 3 weeks. 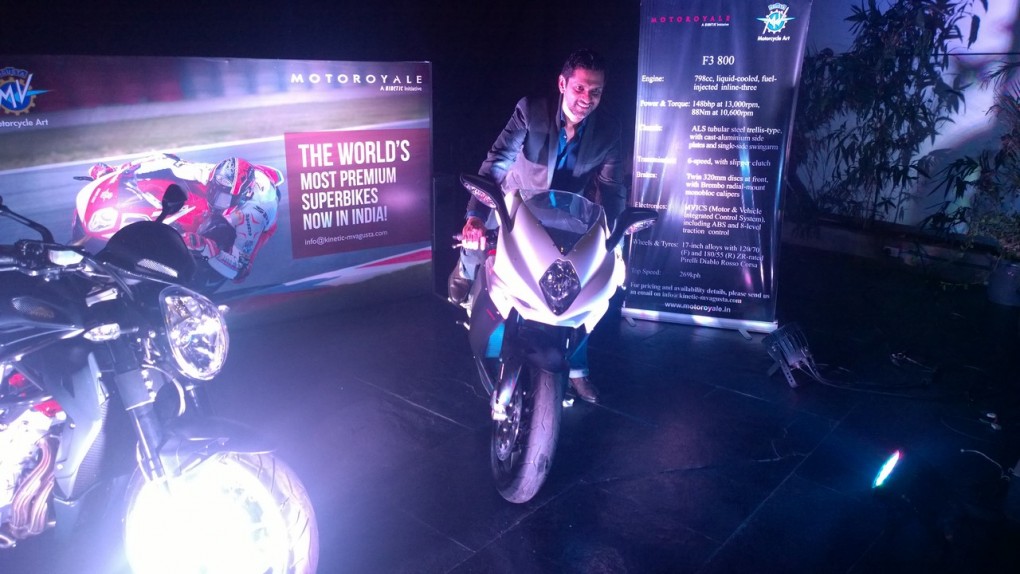 Whatever’s said about the looks of this bike, it is less for there are no words to do justice to its gorgeousness! The F3 aims to provide “The Exhilaration of a 1,000 cc Bike, the handling of a 600, the torque of a twin and the acceleration of a four cylinder“. The bike gets an in-line three cylinder 798 cc mill belting out 148 horses at 13,000 rpm and torque of 88 Nm at 10,600 rpm. The F3 though will be made available in India only in early 2016.

The Kinetic Group will be setting up a chain of superbike showrooms titled Motoroyale in major metro cities of the country. The group will also be providing spare parts, service and after sales support for MV Agusta customers in the country.