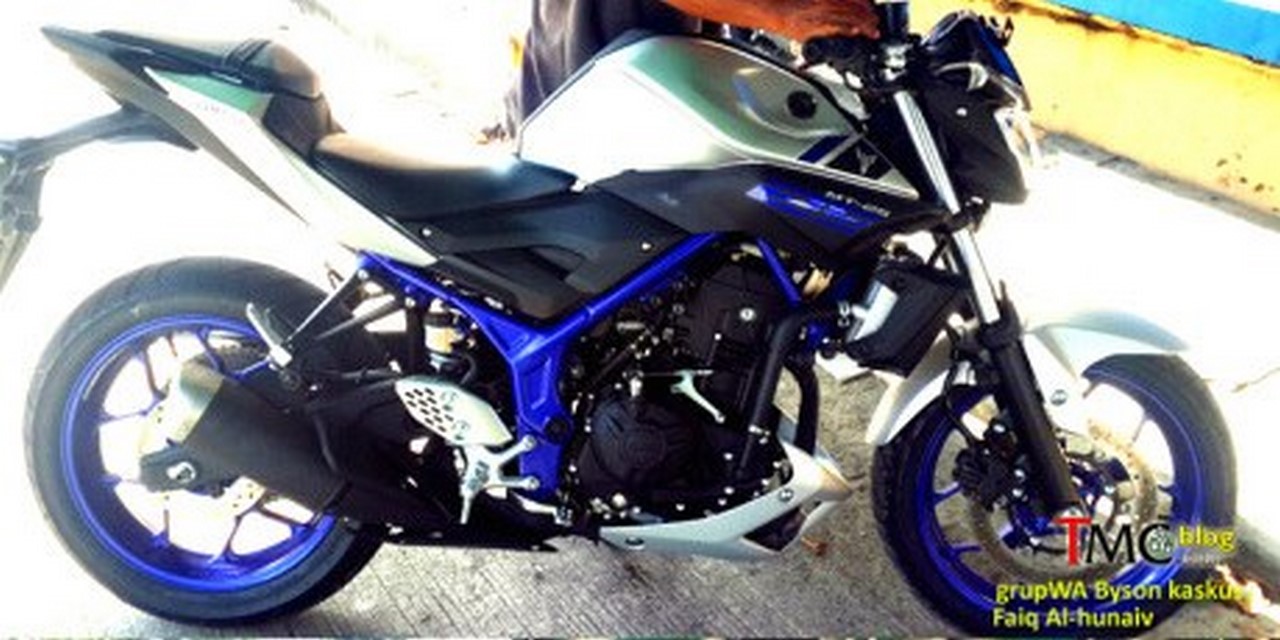 Indonesians have been a lucky lot! They already have the Yamaha’s R25 on sale and the Japs are following it up with its naked streetfighter version which will adhere to the international naming pattern – MT 25! The bike is scheduled to go on sale shortly and after a few spyshots, folks at TMCblog have managed to get hold of some clear pics of the upcoming motorcycle. 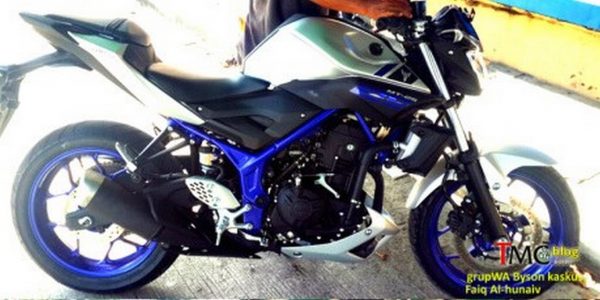 And we must say it looks absolutely stunning in this silver blue livery! Apart from a new front design and the lack of fairing, the rest of the motorcycle looks absolutely same. To make up for the bulk, Yamaha has deployed tank extensions as well as an underbelly engine guard. It gets an exposed frame and contrasting alloy wheels. 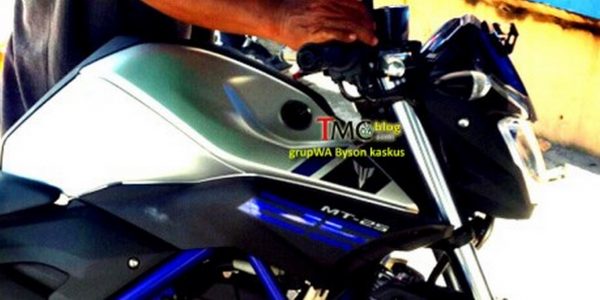 This MT will mechanically be very similar to the R25 with the same quarter litre twin cylinder 249 cc mill producing a power output of or under 36 PS and and 22.6 Nm of peak torque. The head lamp console seems to get an LED pilot lamp strip. In the following pic, we notice that there is a little dip on the tank. 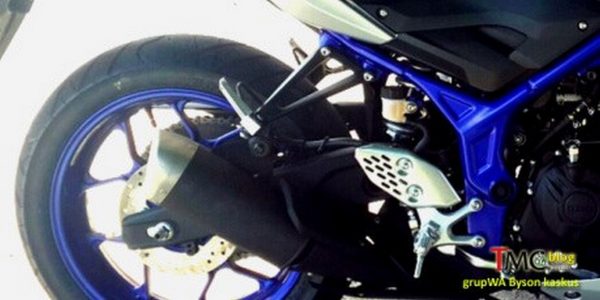 The footpegs appear to be at a very similar position and the handlebars are just a little raised so expect a sporty stance on this naked. 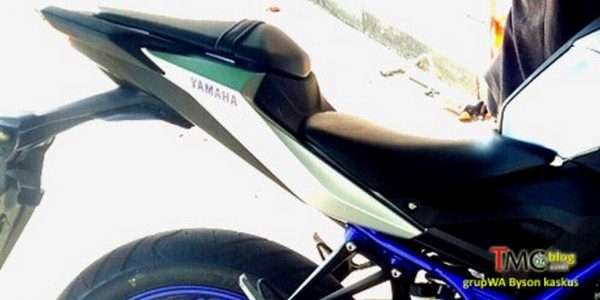 Meanwhile back in India, Yamaha has a launch event scheduled for today evening. Let us hope they talk about these 250ccs for our market as well.