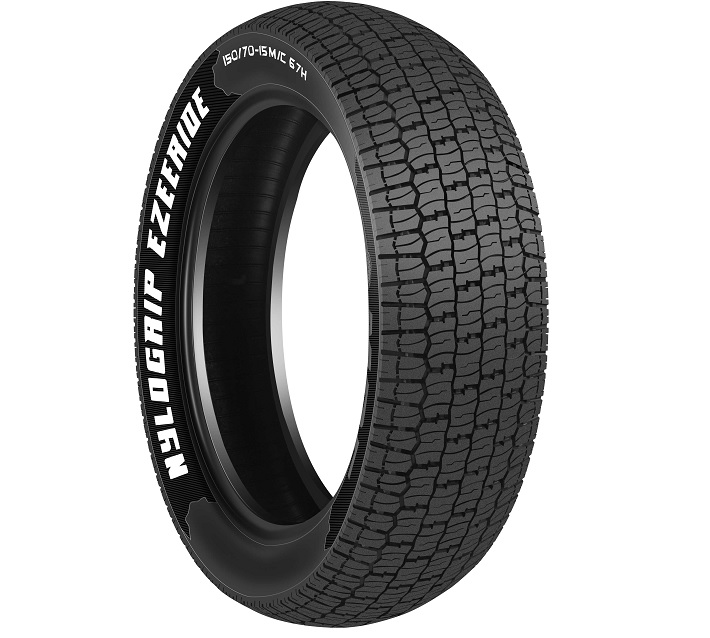 Adding to its existing lineup of sub-brands Nylogrip, Zapper and MoGrip, MRF has announced the launch of ‘Nylogrip Ezeeride’ motorcycle tyres in India. Through a press release they have informed that these tyres are placed in the premium space and are designed for added comfort without any compromise to grip and durability.

Nylogrip Ezeerides are available in tube and tubeless versions for front as well as rear. In all, MRF is offering it in ten sizes which range from commuter bikes to high-end motorcycles from Royal Enfield to Harley Davidson. MRF says Ezeerides have an enhanced and unique tread design which offers superior ride comfort on straight roads as well as during zig-zag movements. It also comes with efficient water channelling on wet roads.