The MotoGP season is here and so are the expectations of millions of fans all around the world from their favorites. On the contrary, the first race of MotoGP came as a very much shocker for Rossi’s fans all over the world as he fails to excel in the first race. The first race pretty much made it clear that Repsol Honda team and Casey stoner are very much the No.1 contenders for the championships this year. 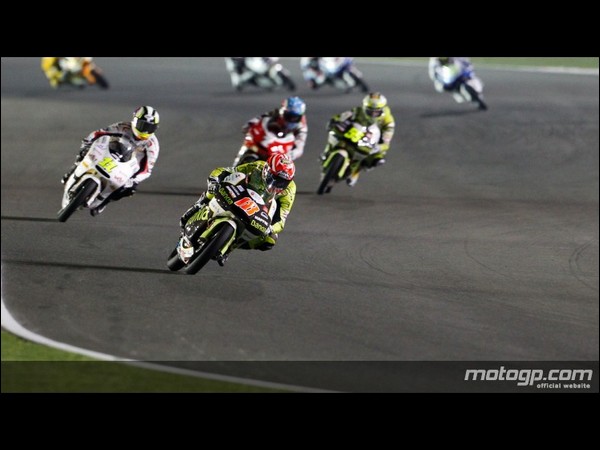 Except for the brief period in the beginning when Lorenzo led the pack, the Repsol Honda machines displayed their superiority around the entire track. Pedrosa managed to stay ahead of Lorenzo in the second place for quiet good amount of time but the stronger machines in the competition pushed Pedrosa back from the second place. In the first race at Qatar; Stoner grabs the first place; Lorenzo comes second and Dani Pedrosa bags the third spot.

The race was too close and almost a nail biting event as far as the spectators are concerned. At one point of time, Dani and Lorenzo were neck to neck but at last moment Lorenzo’s machine managed to sneak at the second place leaving Dani behind at third. The biggest disappointment was Rossi’s performance in the race as he managed to finish at seventh place.

The thing to note is that Honda team has managed to grab 3 out of 4 top slots viz.1st, 3rd and 4th. Yamaha Factory has managed to finish 2nd. In fact the next two bikes finishing at fifth and sixth place were also Honda’s. The sixth position wonderful cat-fight between Ben Spies and Valentino Rossi with Spies comfortably finishing at the 6th spot. Rossi, who has been struggling with his bike and the injured shoulder, raced bravely, but his inferior health and equipment made it quite evident. Hopefully the Desmosedici and the Doctor will do better going further into the season, but for now the chances of seeing our favorite racer on the podium in the next few races are not quiet great. The MotoGP’s first race was quiet a success but unfortunately Rossi disappoints his fans. We can only hope that he gets well soon and make a big comeback in the coming races.