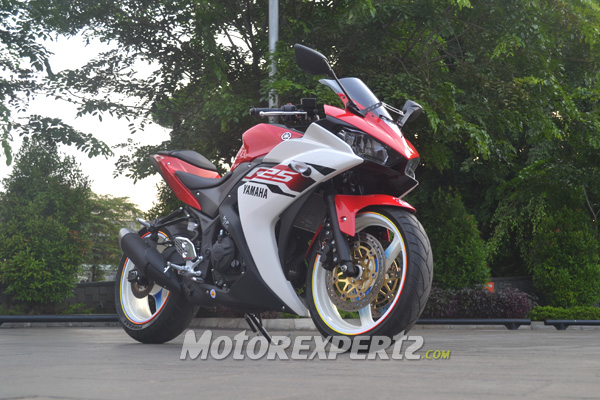 As if the new Yamaha R25 is not sporty enough, one of the customers of the recently launched motorcycle in Indonesia has modified it to make it look even sportier. The bike undoubtedly looks much better and will probably not be the last of the R25s to get a cosmetic style change as an after-market modification.

Modified by a Banten province based expert, Berkat Motor, the bike gets a new set of wheels. Three spoke alloy wheels in white with blue accents. Covering these are more muscular tires, Pirelli Diablos. The front end gets 120/60 R17 wheels as compared to the 110/70 R17 provided by Yamaha. 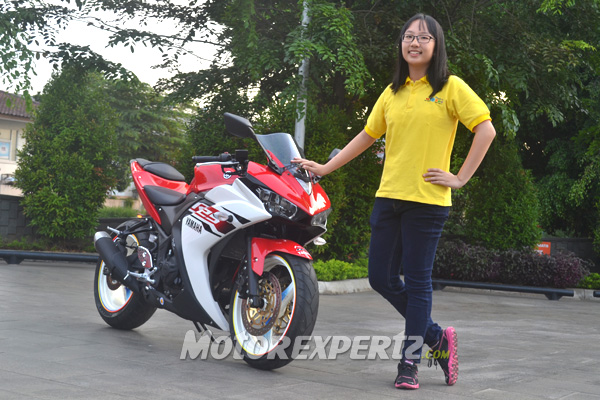 The rear gets a massive 180/55 R17 as compared to the 140/70 R-17 provided stock. Expect superior grip translating to better handling prowess but will the 180 rear rubber be an overkill…? The stopping power has also been enhanced further with the introduction of dual discs at the front wheel with Brembo callipers, giving the bike a big superbike look. 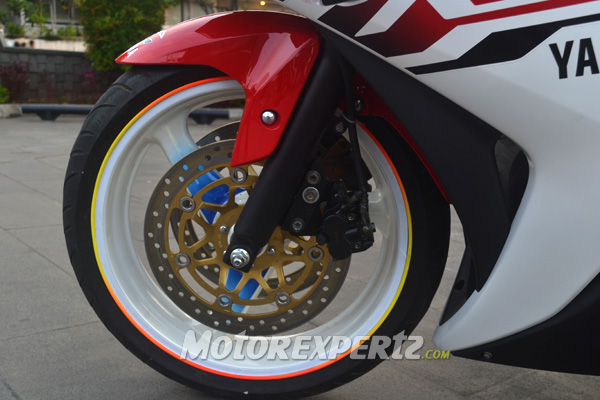 The bike though looks meatier, remains with the same stock engine configuration, with the same 250cc twin cylinder mill churning out 36PS of power and 22.6Nm of torque. These amazing figures might just get further boosted by some more performance upgrades which the owner might do in the near future. The owner is in fact waiting for more after-market custom parts to come in! 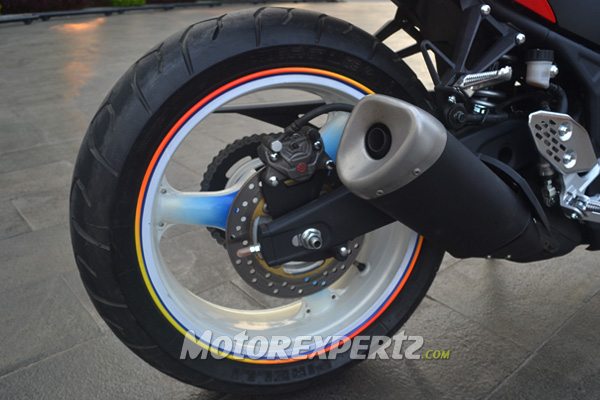 The introduction of R25 has created quite a buzz in the international market in 250cc segment, even when the bike is available only in Indonesia. With 2,800 units booked online within the first 25 hours of booking, Yamaha Indonesia plans to sell a total of 12,000 units in the first year, a feat which can be achieved very easily, given that the demand for motorcycles remains the same. 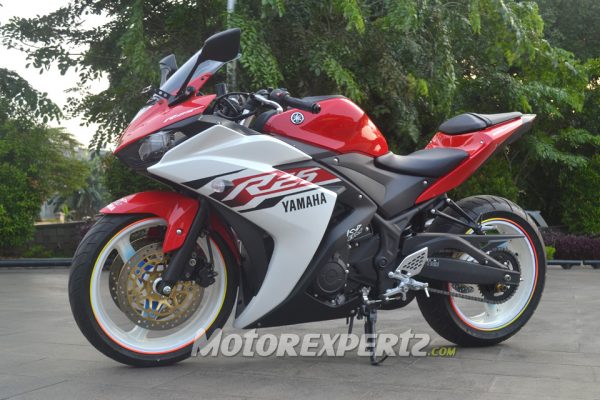 Yamaha India is still to officially announce any plans of bringing this quarter litre pocket rocket to India but it will surely rock the segment provided the company can manage to price it competitively. It seems unlikely that the bike will be manufactured in India and we expect Yamaha to follow the CKD (completely knocked down) route to bring the motorcycle here. But, it also has the challenge to compete against the mighty single cylinder RC390!